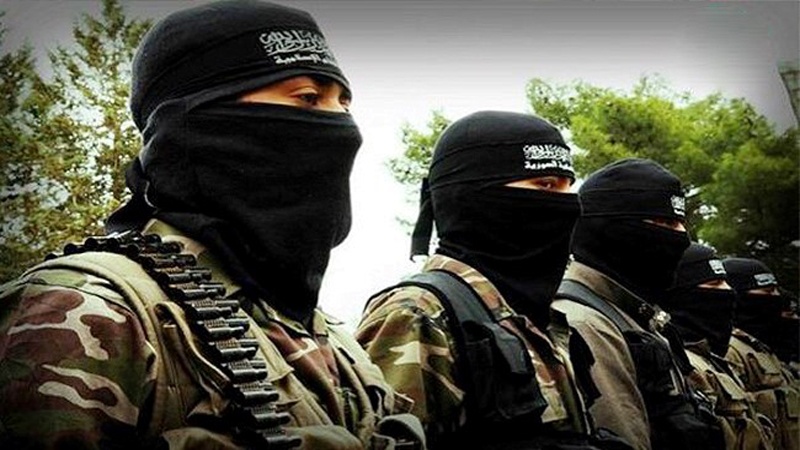 Opposition sources revealed the defection of 19 armed groups from Ahrar al-Sham during the last days as a result of its tensions with Hay’at Tahrir al-Sham (HTS). According to the sources, 15 groups joined HTS, while 4 groups remained neutral.

The Abna’ al-Islam Battalion also defected from Ahrar al-Sham and joined HTS after signing a ceasefire agreement between the two sides.

The Desert Sector, which has more than 7000 fighters, is the largest group that defected from Ahrar al-Sham and joined HTS.

Recent battles have severely weakened Ahrar al-Sham in the province of Idlib. According to opposition sources, the tensions in the province are ongoing despite the ceasefire agreement.

HTS may soon or later launch a final attack to end the presence of Ahrar al-Sham Movement in Idlib province once and for all.

This means the fall on the desescalation zone of Idlib and the further involevement of the turkish army in this region. SAA and it’s allies should rapidly reinforce Northen Homs, Latakia and south and western Allepo. In less than 4 weeks HTS will attack Allepo and Homs. In less than 3 month Turkey will enter in northen Idlib to protect the turkmens. In less than 2 month US and not local factions will attack Syria and not ISIS from east. (Stop of CIA support for some other group move some budgets for) At least 2 more armored Russian divisons, 3 DCA battalion and 2 multirole squadrons are required to foil this.

The end of the de-escalation zone of Idlib, agreed. Remaining AAS to reallocate to Azaz enclave? Imo opinon, Turkey has lost both is foothold into Idlib ad its means of getting in. All Turkmens already left for either Turkey or Azaz.

HTS wll try to expand, agreed. US will not attack as they have no ground troops.

In a very theoretical way, I can imagine an attack on HTS by both Russia and Syria, which will happen anyhow, but with YPG and JAT, in short SDF, support from the north.

It will be a tough fight as the new HTS wil number over 65.000. I am not sure whether the TIA, Turkestan Islamic Army, reported by an independent arab reporter, over 10k+ is included in that numbr.

If required US need less than 1 week to deploy an army. They are already to do this from WW2 (I’am base on a complain of US army logisitical chief to Eisenhower requesting at least 1 week to delpoy the entire Pentagon in Europe if needed). So US have inoff manpower and will to do it if Russians don’t show more as China will “why bother ?”. YPG and JAT will not support SAA they will support US. The attack on HTS is cannot be done now thats why HTS will attack swift and hard on Ithrya – Khanasser first the Allepo and Homs at 2nd stage, Daara and Eastern Ghouta at the 3rd.

US will start in 4th stage.

Sorry to burst your bubble but it took the US six months, each time, to deploy its forces for both Desert Storm and Iraqi Freedom. The only reason the US could deploy its forces rapidly to Europe during the Cold War was because it had equipment for 5 to 6 divisions stocked in Europe. So they only had to fly in and then pick it up. No such stocks exist around Syria.

I do agree that something has to be done to stop Al Nusra. The weaker side in this conflict has to be supported so that the conflict will drag out for as long as possible.

I’m sorry my friend I’m writting about WW2 and not the Cold War.

Those times have changed and it was based on countries who could still provide logistical services to the military . These countries including the US have limited ability and as said by another 6 months would be the fastest deployment of forces. The Coalition is not inclined to allow its forces into a confrontation with Russia and other elements in the region. The possibility of China escalating it’s support in the region is very likely with them starting to establish overseas bases.

The US will think thrice before any serious conflict with Russia.

In which it took the US two and a half years to deploy enough force to to the UK to finally invade the European mainland. Because everything had to be shipped by ships, guarded in convoys, and because most of the divisions had to be created from scratch.

Light infantry can be moved quite quickly. The 82nd could deploy to Saudi Arabia in 1990 within a week. Light infantry on the other hand is weak as shit for operations against an heavily armored opponent. It took a month for a single heavy division to arrive. That’s why some US general dreamt up the medium Stryker brigades. Which are supposed to be airmobile. And which in Iraq turned out to be quite vulnerable to IED’s and ATGM’s. So they need to be uparmored. Which means more time before deployment.

US can bring tanks directly south from Poland in less time than across the Atlantic, mostly by rail, but will need to agree with Russia in order to free them up.

Immediate SAA and perhaps Turkish army offensives against HTS should be able to relieve AAS without having to arm them directly, since I don’t think AAS can be trusted with direct support.

The story about warehouses in Europe os correct. Recently one of those complexes was reactivated in the Netherlands.

Idlib will be attacked, the question is in what configuration and whether HTS will wait for the attack. I think they will strike before IS has been finished.

Someone must be paying the Rats in Idlib…..allong with Captigon. Safe zone let’s them consolidate. .. Take the money and drugs away….the ride is over….the organization collapses into Gangster gangs fighting over weapons and roads. Saudi financial support may continue… The supply of weapons and foreign mercs sent in from Turkey may be reduced dramatically since high tempo point of the war before Aleppo was retaken. Saudi demand on Qatar are more about cease deal with Iran and sponsor Hamas in Gaza. Loss of full Qatar support to Rats in Idlib may also be part of the gang tensions.

Still….someone was organizing all these Kook Sunni Takfiri… If SAA MI and Russia could trace/run down this command network and clobber it, The Rat gangs in Idlib might begin to throw in the towel,…as there will be no expansion War against Syria/Assad………only Trapped Idlib Rats….. kill Rats