The recently deployed US marines to Iraq in order to fight ISIS are not welcomed by a group of Iraqi volunteer forces. They want the marines to leave or otherwise they will be treated as ‘’forces of occupation’’ 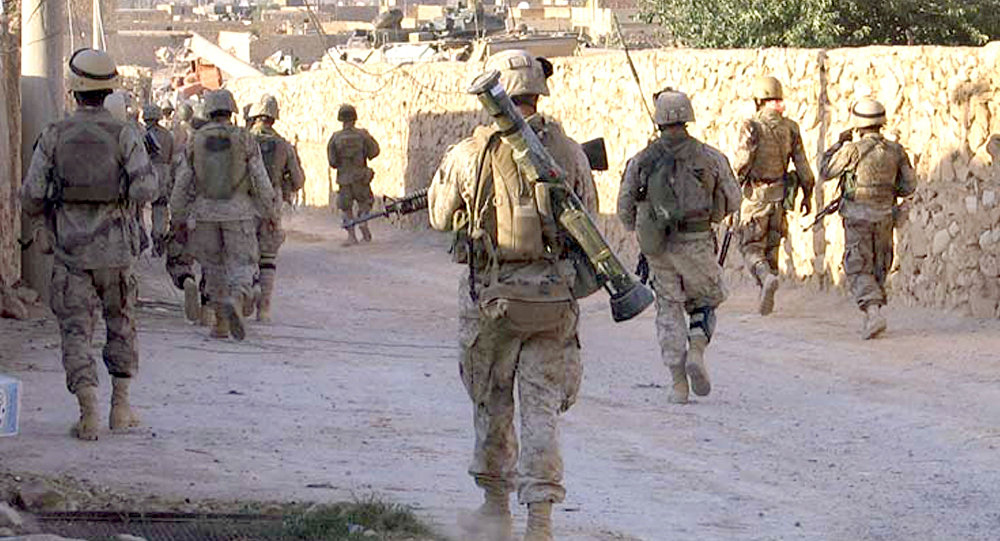 On Sunday the sent detachment of the 26th Marine Expeditionary Unit, an air-ground force of 2,200 troopers, were reported to have joined the Iraqi Security Force and Coalition ground operations against the Takrifi ISIS terrorists.

“The forces of occupation are making a new suspicious attempt to restore their presence in the country under the pretext of fighting their own creation, Daesh,” Iraqi Asa’ib Al al-Haq forces said Tuesday.

The exact number of the marines that were dispatched to the Arab country is not announced.

In late February it was announced that the US army’s elite Delta Force units were ready to attack the main ISIS operators in Iraq.

Iraq has expressed their negative opinion on the effectiveness of the aerial campaign, led by the US forces and its allies on several occasions since June 2014. Their arguments are mainly focusing on the fact that a significant number of attacks have been carried out without any coordination with Baghdad, which has a high risk of causing casualties among Iraqi civilians.

In mid- December last year, Iraqi soldiers were either killed or injured by a US airstrike as they were advancing towards Amruyat al-Fallujah, west of Baghdad.

Iraq isn’t the only country to express negative opinion towards the operations. Syria has submitted a complaint letters to the UN, in which it accuses the US-led forces of causing huge damages and casualties among civilians with its operations.

The US should take it’s Storm Troopers and go home. Maybe the Iraqis will grow bigger balls and do something about it.