Russian is going to send a total of 175 military servicemen from the International Mine Action Center (IMAC) and 42 units of special equipment, including the modern Uran-6 mine-clearing robotic systems, to take part in the demining effort in Syria’s Deir Ezzor, the Russian Defense Ministry said on Monday.

An advanced detachment of the IMAC has already been deployed in Syria in order to take part in the opeartion in Deir Ezzor city.

“More than 40 specialists of the advanced detachment of the International Mine Action Center of the Russian Armed Forces, 7 special equipment units and a group of dog handlers with mine detection dogs have been redeployed to Syria’s Hmeymim airfield by military-transport planes,” the Russian military said. “The military servicemen will soon be sent to Deir ez-Zor’s [Deir Ezzor ]liberated areas for reconnaissance and assessment of the scope of the upcoming mine clearance operation.”

According to the ministry, the Russian servicemen will “demine roads leading to the city’s social infrastructure facilities, hospitals, schools, dwelling houses, water and power supply facilities and historical cultural monuments.”

Earlier, servicemen of the IMAC were involved in mine clearance operations in Palmyra and Aleppo cities.

There are no shortage of people on the Russia is going to cut a deal with the US to partition Syria band wagon. So far Russia’s actions don’t support that contention. And this deployment of mine clearing specialists doesn’t either. What happens from DE will be telling. If the Syrian government coalition cross the river and push north up 7 along the Khabur river and east across the desert to the Iraq border. Syrian Kurdistan has a lot to worry about.

If there’s a country that won’t discuss partitioning Syria, besides Syria, that’s Russia. You should check again all the news.

Israel can cry all it wants.

I don’t see where allowing a secessionist Jew world order Kurdish state under the guise of federalism with US military occupation in Syria is in Russia’s interest. And I find the arguments to that effect strained. But a lot of people make them. Jews in particular.

I would say Zionists rather than Jews, Richard. All my Jewish friends are opposed to what Yankee imperialism and Zionism have done in Iraq, Libya and are presently trying to do in Syria

And do they support Israel?

Not the Zionist state

Most Jews have an allegiance to Israel. Their pedophile rape cult is evil and should be outlawed. They statutory rape 3,600 cult children a year in NYC and 65,000 a year in Israel.

And that includes – I trust – the oil rich Golan.

So far all I’ve seen is Russia cutting deals and allowing Israel and America to beat down Syrians in Syria when it suits their purpose or fancy. Have you seen something we haven’t seen?

yea sure.
look how syria is losing. israel and the us are doing an incredible job in defeating syria. assad has been deposed. the saa is destroyed. the fsa flag is flying over government palaces in damascus. the russians had to flee home.

lololol. you folks should at least have the decency to shut up once and for all

We dont care re motive of Russians Floyd, just results. Nato,usa is not there because it loves the people either.

Where are the evidence based articles that verify Russia is cutting deals and allowing Israel and America to beat down the Syrians and their allies? Unless you can produce evidence your post is baseless ‘fake news’

Don’t know John, how, you could ascertain any understanding from the above series of words from Richard D, as they do not construct a meaningful sentence. If he has an android phone like myself it is probable the droid changed words on him, changing it into what it is. However, the following 2 sentences state clearly his intent….” So far Russia’s actions don’t support that contention. And this deployment of mine clearing specialists doesn’t either”. Obviously, you have an idea of what he meant

he’s the troll of the concept “I’ve lost my admiration of Russia” and blah blah.

You can find his gibberish all over this forum (with several different usernames ofc), and it’s meant to make young (and deficient) people who admire Russia counter terror operation lose their admiration, because “Russia don’t shoot down US planes” and all that nonsense.

The ones who are trying to make the case are Jews in these countries which is detrimental to world peace and international law, we can’t create it based on a minority population. They can be moved to another region is the best that can be done in this situation, since many of the FSA are foreign fighters. They would have the taint of being a foreign backed Mercenary Army supported by the main 6 constant actors in this conflict as has been acknowledged by the actors already and other participants who no longer support them.

This would look bad and would reflect on the international community poorly as they would seem to support acts of terrorism and violence to change a nation’s govt. This would inflict irreparable damage, that would not only have local and international effects.

We see the International bad actors trying to formulate a plan that will backfire on them , meaning regime change of their nations by force will be acknowledged and accepted under their laws. They wish to accuse the Syrian govt of the chemical attack which the commission’s on frontline investigators report which questions and dispute the two leading commissioners politicized agendas in asserting guilt on Syrian forces alone.

France and others are currently trying to create a false narrative to create a legal precedence by which they can effect this plan. Can we trust the french and the others to be honest while they still maintain forces in Syria or were part of the problem, to that the answer would be a very qualified No!

These parasitic really wan’t more Americans dying for their own wars: http://www.jpost.com/Opinion/Why-Israel-needs-to-prepare-America-for-the-upcoming-conflict-in-Syria-504323

Seems the Russkies desert camo bears some resemblance to the Brit/Australian SAS pink pather landies used in North Africa in WWII.
The Pink supposedly rendered the vehicle invisable at Dusk or Dawn. 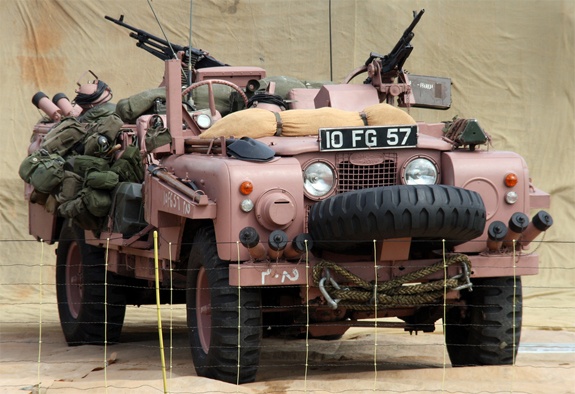 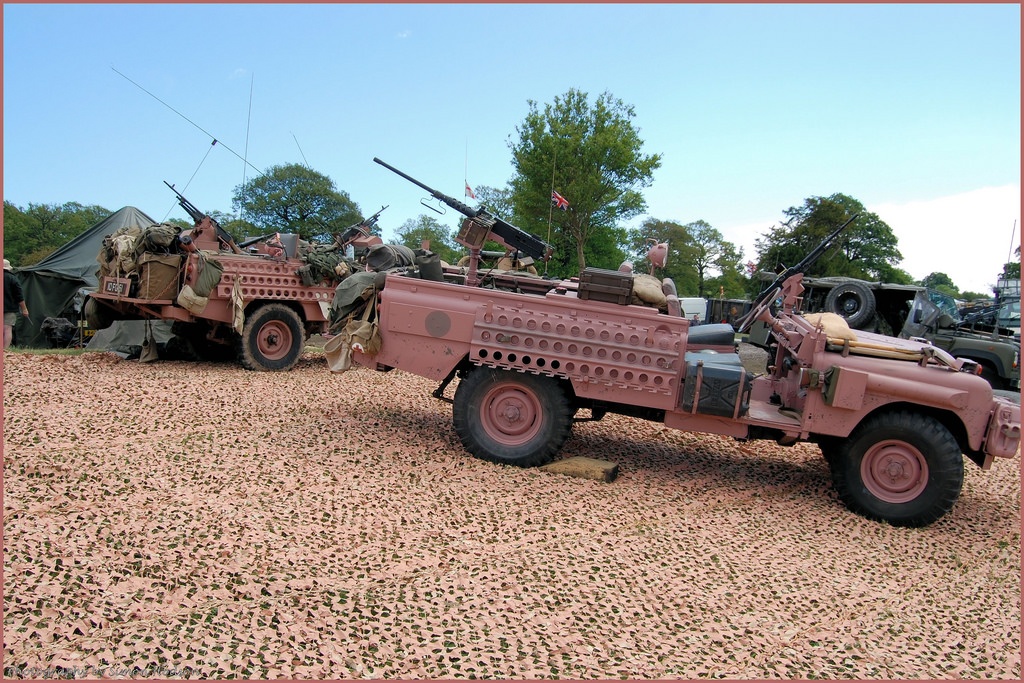 I wonder how effective those old camo schemes still are, as they have long fallen out of use.

SAS used them again in the gulf war aparently, got 72 green ones but they repainted them all pink.

Yeah must work, the Russian uniforms have a definate pinkish redish tinge that stands out among the other camoflage patterns seen around them, love to see some details on the how/why reasoning. 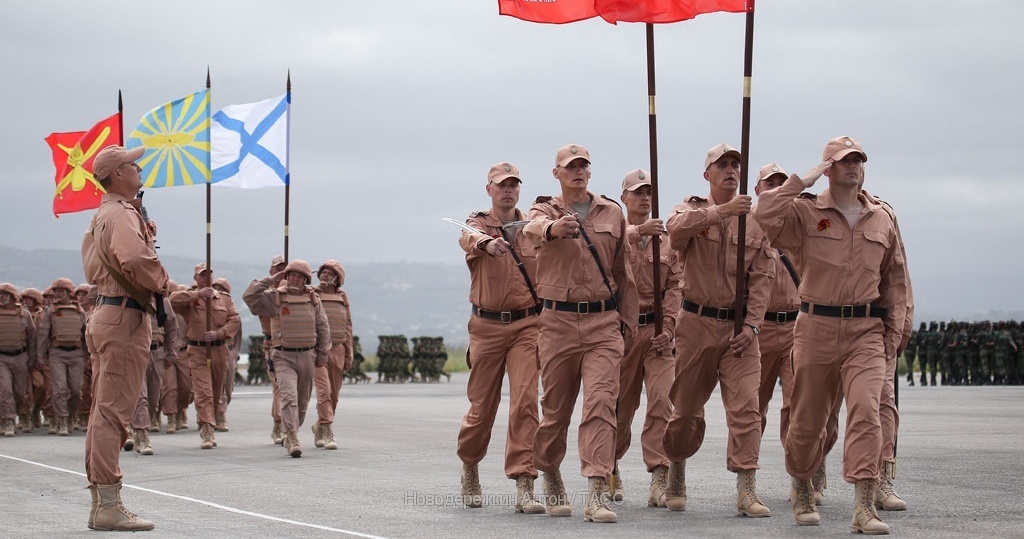 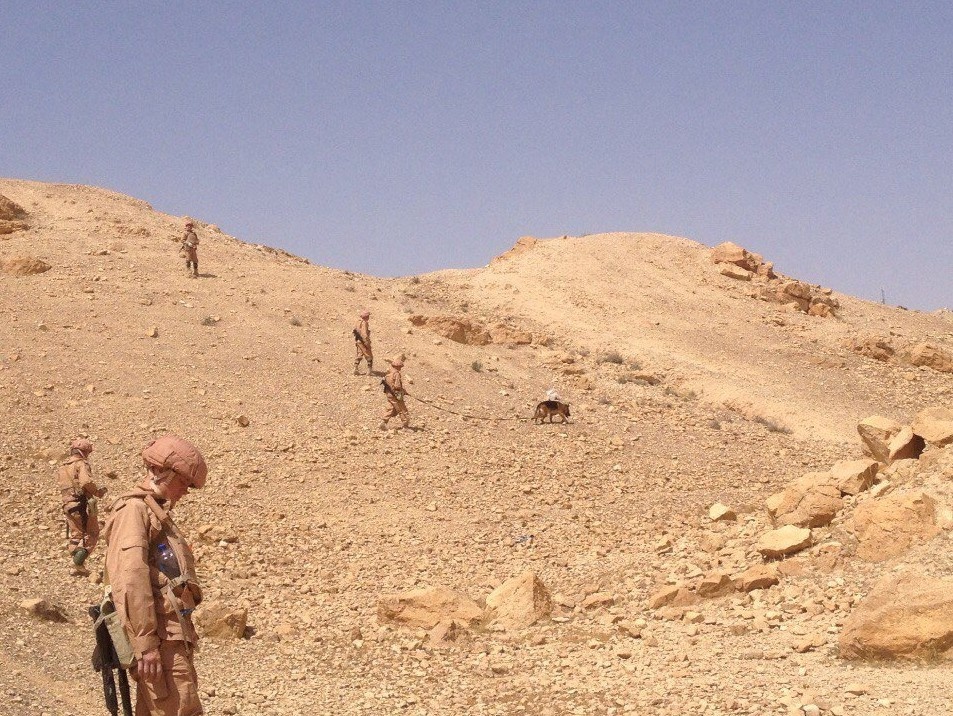 Well I guess you would know.

If you are able it is interesting to look at a medium brown horse in relative darkness. it is almost impossible to see unless there are white areas of coat.

Dutchnational, may I gently remind you that the Dutch government was and still is behind the US/Israel plans to destroy a secular Syria and replace it with a medieval system of vassal Warlords who owe their local powers to the king (USA and Israel ).

Libya being the latest example.

Please, inform me where the dutch government said this, published this. I’am eager to read your factual info.

Have I hit a nerve ?
We are all waiting in hope for factual information from Dutchnational , rather that your parroting of Dutch government neo-liberal propaganda.

Shut the fuck up! Its gonna be SAA vs SDF soon! U better hope turkey dont join in the slaughter! Cause its gonna be Iran, iraq, Syria, Hezbollah and Russia!

i’m pretty sure that they called in soldiers because of the us threats to launch airstrikes against the syrian army if they ever cross the euphraty river . usa won’t dare as long as there are russian service mens in syrian ranks . also for you people russia will not leave syria to be partitioned . if it was about mony qatar and nato israel and saudi arabia offered russia 450 billion dollars to leave syria they refused each time . when will you people understand that each country fight for it’s interests only but russia knos where to put the line they know that it’s morale to sell millions of lives for money and they understand this , they will never ever ever leave syria .

The fucking nerve of this nation!
To literally be the cause of this caliphate OFFICIALLY after arming rebels to make “regime change” in a country that has absolutely nothing to do with them.
Then split it!
Fuck the USA!
How would they like to be split by a foreign power!
these fucking morons who back the USA!
“their is a country in la, la land that has a person we dont like and although we dont have a legal mandate, we are gonna go in there anyway and change things so we can sell more of our own gas to europe and ensure all other countries trade their oil in US dollars! Oh and by the way, we are the good guys! yeee haaa”.
And they wonder why the world hates them!
Im almost at the point where if i see an american, im just gonna punch his fuckin head in! thats where im at these days! At least ill feel better!