Update 7/31/2020 1520ET: The Department of Justice has also noted that 2 additional individuals have been charged, including a 19 year old from the UK and a 22 year old from Orlando, Florida, according to Bloomberg:

Before Democrats even had time to blame the Twitter hack on Russians and meddling in the upcoming election, a 17 year old from Tampa has stolen their thunder.

The teenager, 17-year-old Graham Clark, is being hailed as the “mastermind” behind the hack that rocked Twitter weeks ago, when major celebrity accounts like Bill Gates and Barack Obama were hacked and then used to request Bitcoin from their followers.

Regardless, Hillsborough State Attorney Andrew Warren filed 30 felony charges against Clark this week for “scamming people across America” in connection with the hack, according to NBC Tampa. 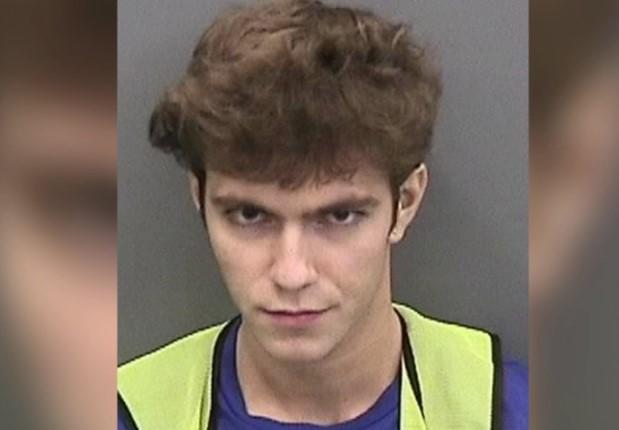 He was booked into jail at about 6:30am Friday morning. The state attorney’s office said: “As a cryptocurrency, Bitcoin is difficult to track and recover if stolen in a scam. These crimes were perpetrated using the names of famous people and celebrities, but they’re not the primary victims here. This ‘Bit-Con’ was designed to steal money from regular Americans from all over the country, including here in Florida. This massive fraud was orchestrated right here in our backyard, and we will not stand for that.”

Clark was found after a “complex nationwide” investigation. Warren concluded: “I want to congratulate our federal law enforcement partners – the US Attorney’s Office for the Northern District of California, the FBI, the IRS, and the Secret Service – as well as the Florida Department of Law enforcement. They worked quickly to investigate and identify the perpetrator of a sophisticated and extensive fraud.”

“This defendant lives here in Tampa” and “he committed the crime here,” Warren stated. You can watch the state attorney general’s press conference here:

Recall, just moments ago we noted that Twitter had blamed the hack on “spear-phishing”, which is a targeted attack to trick people into simply handing out their passwords.

Twitter staff were targeted through their phones, according to a new report from the BBC. The attacks then allowed hackers the ability to Tweet from celebrity Twitter accounts. Twitter has said it was “taking a hard look” at how it could improve its permissions and processes.

“The attack on July 15, 2020, targeted a small number of employees through a phone spear phishing attack. This attack relied on a significant and concerted attempt to mislead certain employees and exploit human vulnerabilities to gain access to our internal systems,” Twitter wrote on Wednesday.

We had also reported about two weeks ago that the FBI had launched an official inquiry into the massive security breach. For the full details on the hack, you can read our report on it here.

Will he be given an offer he can’t refuse concerning the joys of working for the Gov?

Maybe the cia deep state department got him to hack into ozi infastructures,if anything to frame china:

The deep state is selfmade by someone like You.

And when You because of that understand nothing, You blame others.

Corona can be cured by going naked down the street 5 times a day and after that putting You behind towards Mecca. The flag in the behind is by own choise.

If You are an american having problems with it, You can get the stripes for free by the local police.

Hard times. Now they has to keep him alive the next 300 years, so he can pay back:)

I look forwards to, they usual suspects here tell he also is a fake Khazar jew, which wmigrated to USA 500 years ago with his slaves.

Free these innocents, they were framed by Putin, personally.

John Bomb Bomb McCain would stand by them.

Elephant Boy POMPEO: I demand economic sanctions against Florida and our lapdog Britain!!!!! This is WAR!!!!! Now more important matters – “Is there anymore food left from the press conference?????”

“Massive fraud” – lol, the state attorney never heard of Pentagon. This guy did a great service to the people, free him.