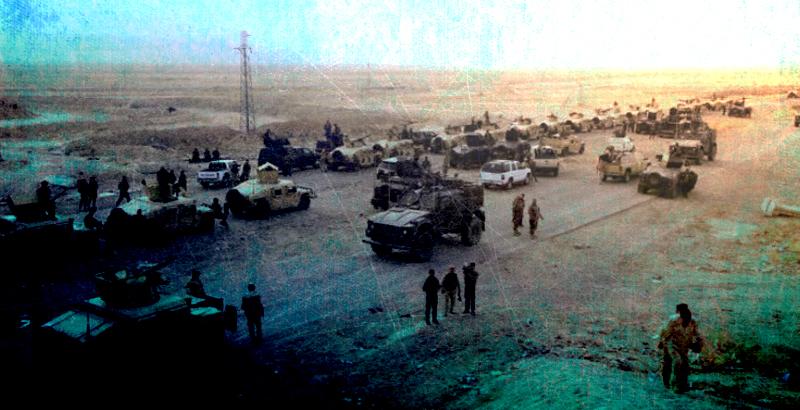 16 US military servicemen have been killed and 27 wounded since the start operation to liberate the Iraqi city of Mosul from the ISIS terrorist group, the Russian state-run TASS news agency reported on November 7, citing a military diplomatic source in Moscow.

The US military suffered the most of casualties from artillery and mortar fire and detonation of mines. The source added that a weak coordination between the US-led coalition’s air power and US Special Forces on the ground have to be noted.

“For instance, two special forces members died in the airstrike delivered at Mosul’s outskirts by B-52H US aircraft,” TASS quoted the source as saying.

The source noted that the US actions in the ongoing Mosul operation are driven by political goals:

“Liberation of Mosul is considered by outgoing Democrats in the White House as a trump card in pre-election political games, where the victory of Democratic candidate Hillary Clinton is at stake. That’s why senators and influential politicians have to raise stakes and lobby decisions to step up military actions in Mosul, not taking into account big losses among US servicemen.”

The military operation to liberation Mosul from ISIS was launched on October 17. The US military participate in the operation along the Iraqi military, the Popular Mobilization Unts and the Kurdish peshmerga.

Tags:iraq, Mosul, the us, us soldiers, usa

http://nationalinterest.org/blog/the-buzz/bombing-isis-b-52s-big-waste-15913 The Air Force spends around $70,000 for every hour a B-52 is in the air. By comparison, the Bone costs the flying branch just over $61,000 per flying hour. At some $20,000 an hour, the smaller F-16s are significantly cheaper to put into combat. The venerable A-10 costs even less than that.

There is no info on this in the Western MSM. I can see a news blackout for a short period of time but this would have to be confirmed soon.

This is great news! 16 US-Imperial-Terrorist KILLED, 27-Imperials WOUNDED DURING MOSUL psychological operations. Now what about the thousands more Imperial’s who have invaded Iraq? https://www.youtube.com/watch?v=xsK-UNAsvPI

This article is pure BS.