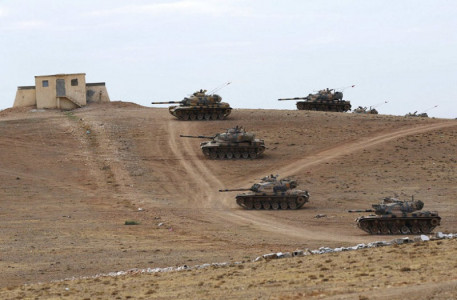 According to US State Department spokesman John Kirby, the US and Saudi Arabia are discussing the possibility of a ground operation against the group «Islamic state» in Syria.

Earlier on Thursday Saudi Arabia expressed the readiness to send its troops to Syria to participate in ground operations if the US-led coalition decided that such operation is necessary, as an advisor to the Saudi defense minister Ahmed Asseri reports.

As for US, it wants to obtain additional information from Saudi Arabia regarding possible ground operation against ISIS in Syria. « It is important for us to learn more about this proposal. Now we are discussing with the Saudis, what opportunities and aims they have», – Kirby stressed.

He emphasized that the United States would continue to welcome other countries, joining fight against ISIS.