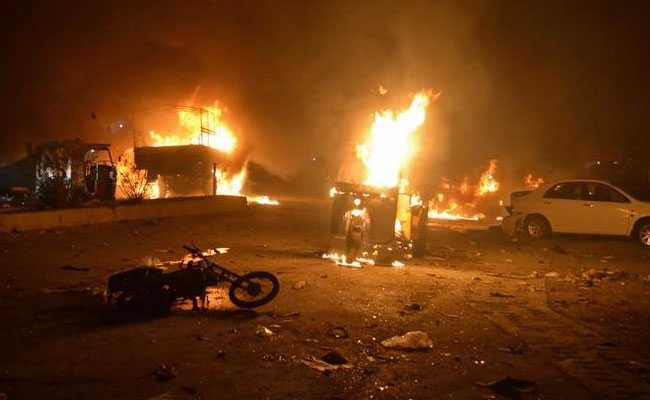 The blast killed 17 Pakistani soldiers and wounded 35 others, according to the ISIS-linked News Agency Amaq.

From its side, a Pakistani Interior Ministry source announced that 15 people were killed and 32 others wounded in the attack, including civilians.

A Pakistani military spokesman said the attack targeted a single vehicle of the Pakistani army. However the explosion destroyed several nearby cars, mostly civilian.

Baluchistan province is located at the Pakistani-Iranian border. It is one of the richest Pakistani regions with oil, but it has been witnessing continuous sectarian unrest between Shiites and Sunnis.

Furthermore, several militant organizations operate in the region, including the Taliban, al-Qaeda and ISIS. It is worth to mention that extremists’ militants killed 3 Shiite men and a woman in Quetta area of Baluchistan on July 20.

Once again, USA are using their best ever useful idiot to cut Baluchistan from Pakistan.

All these sunnis extremists are being used by USA to adavance their own agenda.

All is crystal clear.

This is terrible to hear, especially after the PM had to resign and a political crisis could easily be started with it. Hope that Iran and Pakistan coordinate efforts to cut terror in Balochistan and other areas.