14 sailors from the nuclear reactor department of the USS Ronald Reagan aircraft carrier face disciplinary action in connection to the LSD ring, which has been discovered on board, the Navy Times reported.

According to 7th Fleet spokesman Lt. Joe Keiley, 2 sailors are heading to court-martial for using, possessing and distributing the hallucinogenic drug. He added that 3 sailors are waiting to see whether they will be charged as well. Keiley added that 10 more sailors with the aircraft carrier were administratively disciplined on LSD-related charges.

A 15th sailor was not assigned to the carrier’s reactor department, but he was also disciplined.

There are more than than 400 personnel in the nuclear department of the aircraft carrier. However, 14 persons involved in the LSD abuse are more than enough to poase a threat to the warship.

“Out of an abundance of caution, Ronald Reagan leadership reviewed the work previously performed by the accused sailors and no improper work was identified,” Keiley said in an email to Navy Times. “Due to the defense in depth of the design and operation of the propulsion plants, the reactors aboard (the Reagan) remain safe.”

LSD = a key to the universe, you don’t wanna fight anyone when you are on it.

I guess nuclear reactors ARE pretty safe, after all… who would have thought?

Damn, chief… I can actually SEE sounds. I can HEAR colors.
Hey… is anyone getting warm in here or is it just me? 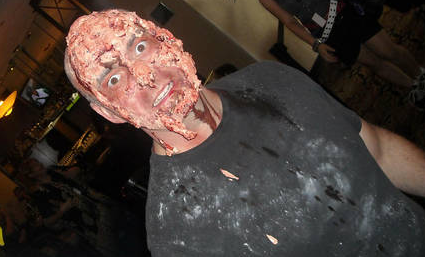 I think you got scammed, Russians sold you Krokodil instead of LSD.

Probably what is called “micro-dosing.”

Sailors in nuclear department on LSD.
What could possibly go wrong?
Like shutting down main coolant valve because the flashing red lights look cool :D

As Hillary Clinton famously said :- ” What difference does it make “. Lol.