At least 14 Syrian mercenaries were killed in the last few days while fighting along Azerbaijani forces in the disputed region of Nagorno-Karabakh, the UK-based Syrian Observatory for Human Rights (SOHR) reported on October 31.

Hundreds of Syrian militants were recruited by Turkey earlier this year to support Azerbaijan’s attack on Armenian forces in Nagorno-Karabakh.

According to the SOHR, 281 Syrian mercenaries have been killed by Armenian forces on Nagorno-Karabakh’s frontlines since the outbreak of the battle on September 27.

“a new batch of 20 bodies of fighter who have been killed in Nagorno-Karabakh battles, arrived in Syria, specifically to the areas held by Turks and factions in northern Aleppo,” the monitoring group said in its report.

The recent SOHR report revealed that a total of 2,350 Syrian mercenaries were supporting the Azerbaijani attack in Nagorno-Karabakh.

At least one Syrian mercenary has been captured by Armenian forces, so far. Video of his confessions was released on October 30.

Turkey is using its Syrian proxies to inflame the conflict in Nagorno-Karabakh and further its interests there, similar to what it did in Libya earlier this year.

Watch the video and observe how the Khazar dances around answering whether Khazars are white or not.

– As Their Black Golems Turn On Them, Jews Now Insist That Calling Them ‘White’ Is A ‘Racial Slur’ –

If Azerbaijan did use mercenaries, it is a brilliant idea. Why put own citizens at spearhead of an attack when you can risk foreigners. I bet the government spends significantly more on education, healthcare and safety of every citizen than 2000$ paid to a merc. Great idea.

The Nagorno-Karabakh conflict is not the first time Turkey has been accused of recruiting militants it has backed in Syria to fight in other countries.
Turkey denied in all languages ​​that it used Syrian fighters in Lybia. Of course, their blatant lie was discovered later. The same for Nagorno-Karabakh. Deny and lie until it turns out to be truth.

So you came to a conclusion based on precedent?

On reliable papers such as ‘The independent’, ‘The Guardian’, ‘Washington Post’, ‘Foreign policy’ and Russian Foreign intelligence service and others who discovered the blatant lie in Libya and now Nagorno-Karabach.
https://www.rferl.org/a/are-syrian-mercenaries-helping-azerbaijan-fight-for-nagorno-karabakh-/30895331.html

Anonymous sources, interviews via messenger texting. Ill be very frank, we are in deep shit if this is now called reliable journalism.

What do you call reliable papers then? Cumhuriyet, Turkish media?

Doesn’t matter who is the messenger. What I am interested in is the message not who delivers it. And I try not to look at the reliability of the messenger as it would be bias based on author. I rather prefer to see the message, analyze it myself, instead of blatantly believing whatever is fed from media.
And no, messenger text as a source, or anonymous source, I do not consider reliable source. We have seen such dangerous accusations on Iraqi WMDs, and the consequences of it. I think people should question information they receive instead of taking it for face value.

So you don’t try to look at the reliability of the messenger, you don’t even look at the author. You “analyze” news from what ground then? your personal subjective preference of favoritism or are you the most objective person in this world?

And apparently, you make all of your conclusions “based on precedent”? The 2nd Gulf war, not to trust global media?
Well, if Russian, Syrian, European and Iranian – all independent of each other – already have hard proof on Turkey (don’t worry, the internet is full of it), supporting Syrian jihadists in Nagorno-Karabakh, I rather belief them than you as a random dude aka Turk, who gains upvotes every day from Mustafa Mehmet, gypsygreek or Servet Köseoglu.

if there is a proof they should apply to ICC

The complete A to Z “How not to offend a musli”…

Unfortunately the ”religion of peace” strikes again in the islamist shithole france….

“ The priest was seriously wounded, according to police, and the perpetrator is still at large, having fled the scene.

An investigation and manhunt are underway.

On Thursday, a man stabbed three people inside a church in Nice. Two of the victims died from fatal stab wounds to the neck, while a third managed to escape to a local bar, but later died of her injuries.

The suspect, identified as a 21-year-old Tunisian asylum seeker, was tasered and shot five times by police, before being taken to hospital, where he is currently receiving medical treatment.

Three people have been arrested in connection with the attack”

Another day from the front, another dying azeri scum crying at the feet of Armenian soldiers. 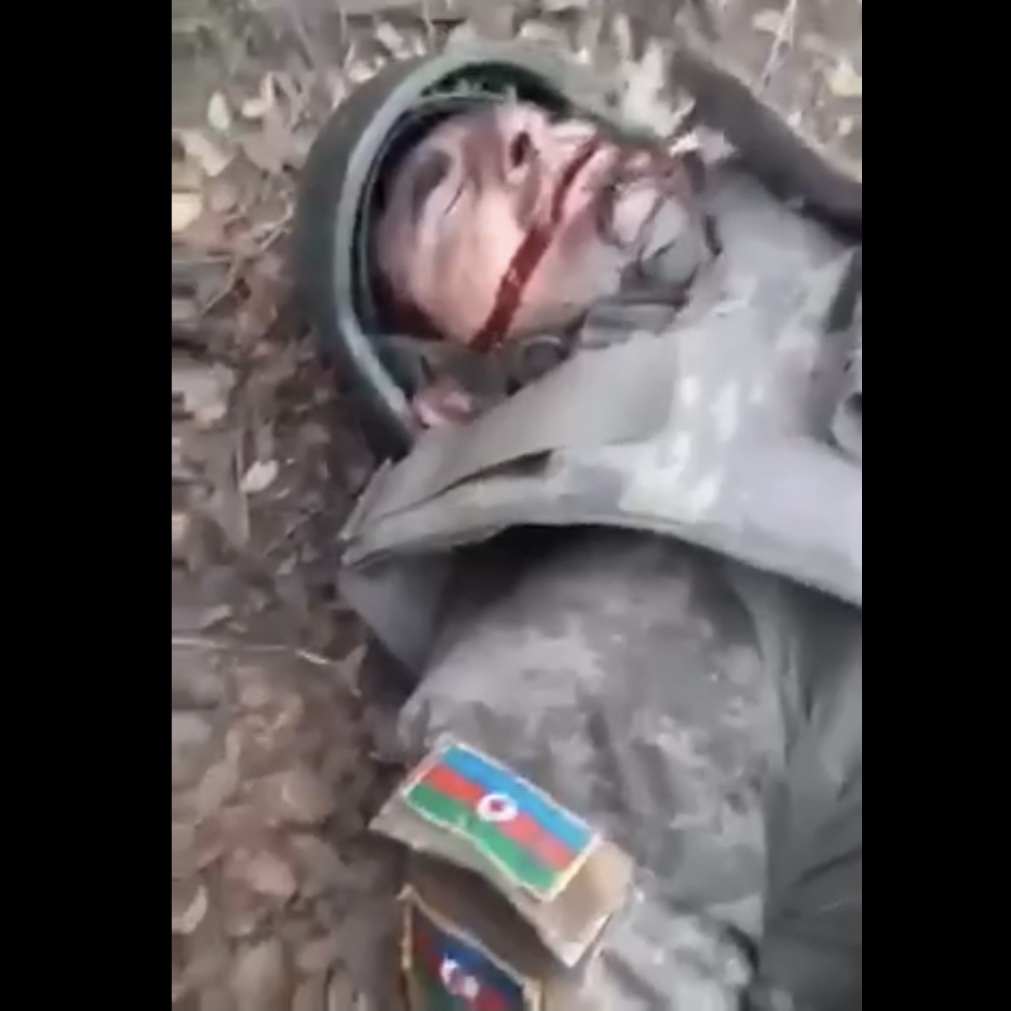 Not even an ounce for consideration into giving up. We have faced genocide before and we are not allowing it this time. This time it’s a fight to the end.

Yours are dying by immeasurable amounts.

Cry to me bitch. Cry. What’s happening to the azeris we have now you wouldn’t even believe.

You must be delighted to see Armenians slaughtered to death without mercy. Keep on watching footage of how the Azeri drones killed them.

I’m watching footage every day of dead Azeris. The recent one where he’s still barely alive gasping for air as the Armenian taunts him is great!

Believe me I don’t open or watch anything you’ve sent me :)

It’s obvious that you were afraid to see the death of the Armenians.
Armenian soldier is fleeing the field in fear of death and crying?
https://youtu.be/D9hXjB3nq0U

Again, you’re nobody to send me something that I would deem worthy of opening. Whatever dumb propaganda it is. It’s like a dog barking to me, would I pay attention?

Armenian prostitutes line up to join the Armenian army because their men are cowards. They will give the Azeris all the holes for free. hehehehe!
https://youtu.be/2zDxMGxN_nA

Imagine that our women even kill you. Must be embarrassing. To be sniped in your head by a woman, pathetic.

Never ever will we stop never. Not one second not one moment. We will all kill ourselves to kill ten of you it’d worth it. Keep commenting to me. My motivation is increasing.

Our proud brave nation. All of us coming together to kill the azeri scum, and doing a great job at it.

Remember your fathers and uncles. Licking our boots. Trying to beg and lie and pretend you are Armenian haha sorry. 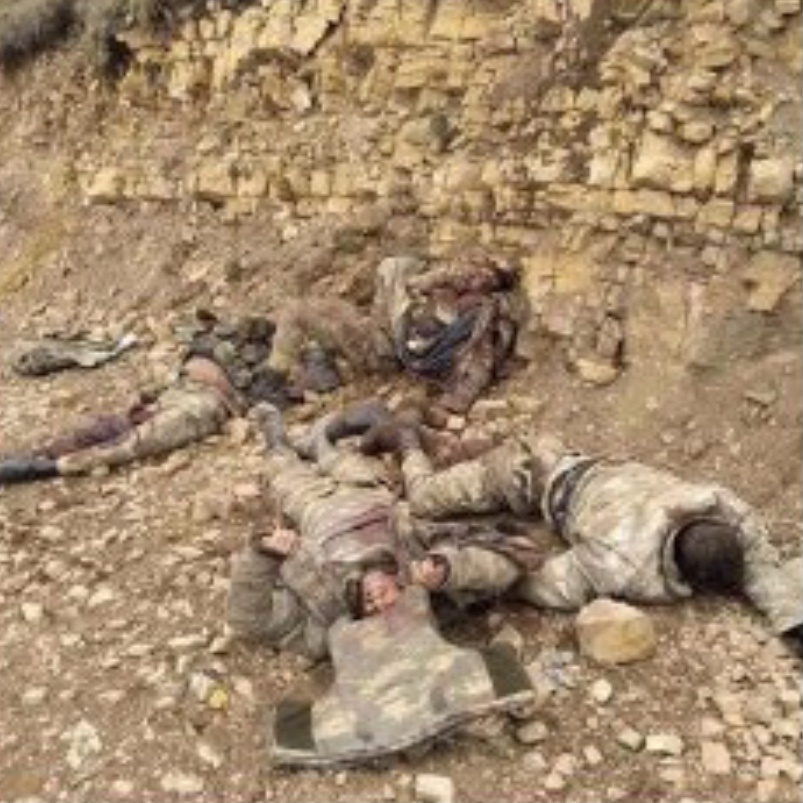