The group was arrested after sufficient evidence had been gathered including a vast stockpile of forged documents, forms, stamps, special equipment for fake papers’ production and extremist literature. 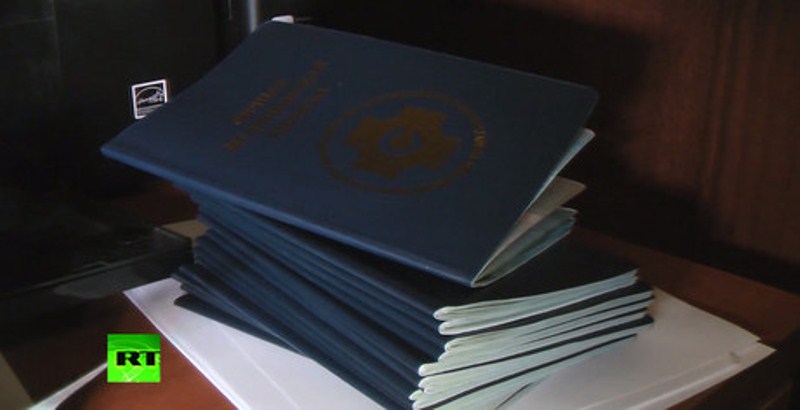 Russia’s Federal Security Service (FSB) reported today that it has arrested 14 suspects from an international criminal group involved in forging passports and other documents to send Islamists in Syria, and those coming to Russia for terror missions.

The FSB reported that a joint special FSB and Interior Ministry operation in the Moscow region has exposed an international organized crime network, which was providing forged papers for extremists from Russia and CIS countries.

The report also added that the members of the group were arrested after sufficient evidence had been gathered including a vast stockpile of forged documents, forms, stamps, special equipment for fake papers’ production and extremist literature.

According to the FSB reports, the gang was busy forging documents for those “illegally heading to Syria to take part in military actions on the side of Islamic State, and also for the militants sent on a mission to Russia by ISIS leaders to conduct terrorist and extremist activities, as well as illegal migrants.”

The FSB report said that the members of the criminal group have been taking extreme precautionary measures by constantly changing their place of residence and using undercover communications’ tools, including software which enable them to hide personal data while surfing the web.