The Central Intelligence Agency has its own investment capital arm, and it’s been pumping money into some of Silicon Valley’s most innovative companies for years.

In-Q-Tel (named after “Q” in the James Bond films) invests in companies that can deliver useful technology to the intelligence community within 36 months. But since it’s structured as an independent, non-profit organization, it’s rather unique: It’s a VC firm that doesn’t really need to make money back for outside investors, and it can tap into the deep pockets of the intelligence “black budget.”

Its involvement in a startup is also a stamp-of-approval of sorts, often bringing in more money from other VC firms, to the tune of $11-$15 for every dollar the CIA kicks in. In-Q-Tel typically does not disclose the amount it invests, though a Washington Post story from 2005 says the funding is often relatively small $500,000 to $2 million investments.

Here are some of the cutting edge companies the CIA has found useful.

Cylance is using artificial intelligence to analyze and kill malware well before it becomes a problem.

Cylance built a product that can analyze and determine whether a file you are about to open is malware, and then stop it from executing — all in less than a second.

Instead of using lists of known bad software, or “signatures” of malware, Cylance’s product uses artificial intelligence and machine learning to determine what’s bad and what’s not. Especially when phishing email scams are still the number one method hackers use, Cylance’s software is a gamechanger in the cybersecurity space. Which is probably why it’s currently valued over $1 billion.

The product, CylancePROTECT, is used exclusively in the enterprise for large corporations, banks, and government clients. Cylance told Business Insider it would soon be launching a product for regular users as well.

Orbital Insight analyzes the millions of satellite images being beamed back to Earth to answer all kinds of interesting questions.

Let’s say you are a big retailer like Wal Mart or CVS, and you want to get an understanding of how many people are shopping at your stores. One method for figuring this out is to analyze the number of cars in the parking lot — which is one thing Orbital Insights can do. The company can figure out things such as how certain stores are performing, how many people visit a store, or determine how busy it is at certain times of the day, and so on.

The satellite analysis can answer other questions as well: What intersections are the busiest at rush hour? Or perhaps, how is China’s economy doing?

Orbital Insights has attracted plenty of interest beyond the CIA, which chipped in $5 million in 2016. Around that same time, Google Ventures led an investment round of $15 million.

Cyphy built a tethered drone that can monitor an area for days at a time.

Cyphy (pronounced Sci Fi) has a tethered drone that can keep a watchful eye from up to 10,000 feet above its base station, or it can help with long distance communications.

The company has a patented microfilament tether to keep the drone connected to a ground control station, where it gets all its power and communication from. So unlike the average drone, the ground-powered “persistent aerial reconnaissance and communications” can be launched and stay in the area for a much longer time. It’s outfitted with a high-definition camera that can shoot in night vision, which makes it ideal for troops in the field who need to keep an eye on their base perimeter.

The company also has a smaller “pocket flyer” drone that flies through doors and windows, and which fits inside a soldier’s cargo pocket.

BlueLine Grid made a communication platform similar to Slack with security and compliance in mind.

BlueLine Grid is giving government agencies the ability to communicate in much the same way startups and media companies are doing, with the popular Slack app. Atlas Wearables created a fitness tracker that actually knows the specific exercise you are performing.

Most fitness trackers know what your heart rate is or how many steps you have traveled. The Atlas Wristband knows when you are doing a bicep curl or jumping on a box.

The Austin, Texas-based Atlas Wearables originally launched on Indiegogo in 2014, where it raised more than $600,000 in funding. Now its fitness tracker is sold in sporting goods stores or on Amazon. Besides the band, it also has an app that acts as a personal trainer, which, just like the real thing, knows if you didn’t do that last pushup.

Fuel3d sells a handheld hardware device called Scanify that can capture detailed, three dimensional scans in less than a tenth of a second. The tech can be applied to a variety of markets: Full-face capture is being used to build customized eyewear, and crime scene data can be used to build 3d models that can help investigators solve crimes.

How it would be used by the intelligence community is unclear, but In-Q-Tel investedin late 2014.

MindMeld is building voice recognition technology like Siri — for everything.

Apple has Siri; Microsoft has Cortana; Amazon has Alexa.

MindMeld is providing the voice commands for everyone else. Backed by Google Ventures and Samsung Ventures, among others, MindMeld offers the tech that allows more than 1,200 companies to put voice commands into their apps.

“And we’re still just scratching the surface,” Founder and CEO Tim Tuttle toldEntrepreneur. “Jarvis, the voice-activated computer used by Tony Stark in the Iron Man movies is only like five to 10 years away.”

SnapDNA has a handheld device that can analyze DNA in minutes.

Back in 2011, Navy SEALs killed Osama bin Laden at his compound in Pakistan. When the team headed back to Afghanistan, each helicopter brought back DNA samples of the terror leader so they could confirm they got him. Had they had the handheld device from SnapDNA, that later confirmation may not have been necessary. The Silicon Valley startup built a handheld, battery-powered device that can analyze DNA within five minutes, rather than hours or days on expensive machines in a laboratory.

You may have seen spies in the movies with earpieces that allow them to communicate with their team, but Sonitus takes this to the next level. Their product goes inside the mouth, giving users incredible clarity even in the noisiest of environments. On its website, it shows special operators talking to each other while plummeting to earth in a freefall skydive, and the video demo shows how useful it could be for firefighters.

The demo has to be heard to be believed.

Palantir sifts through massive data sets to allow a user to track patterns or gain valuable insight from one software package, instead of looking into a bunch of different databases.

Palantir is one of Silicon Valley’s most secretive companies, which can be explained somewhat by its deep relationship with US military and intelligence clients. Spies are using Palantir’s software to link together the huge cache of data gathered by CIA, DHS, NSA, and others. The military uses it to figure out whether a roadside bomb was built by a specific person. And even detectives with the LAPD are querying it to understand criminal ties.

Palantir has expanded to offer solutions for healthcare and financial firms.

BBN Technologies is somewhat an outlier in this list of a startups, since it was founded in 1948. But it’s no less innovative, having been the brains behind the early internet, and the@ sign in email, among other groundbreaking technologies. BBN, which was acquired by Raytheon in 2009, is a research and development center that has built all kinds of cool gadgets for the military.

The company’s “Boomerang” technology tells helicopter and ground vehicle crews if they are being fired at — along with the direction it came from — and its speech recognition tech helps troops to translate foreign languages in the field.

Keyhole was a tiny 3d mapping startup with technology so useful it is still on most smartphones in the world today.

You may not know Keyhole, Inc., but you certainly know its technology. Founded in 2001, the Silicon Valley startup revolutionized satellite imagery with 3d maps, allowing users to “fly” over locations. The technology, called EarthViewer, was used by troops in the Iraq War, and in news broadcasts at the time.

Google bought the company in 2004, and subsequently rolled the tech into its popular Google Earth and other mapping products.

Basis Technology can extract critical information from documents written in a foreign language.

Basis’ Rosette software can look at foreign language in documents and translate it, while also going beyond the basics to identify relationships or determine whether what is written is of positive or negative sentiment. The technology is an obvious no-brainer for the intelligence community, which is in constant need of skilled translators who are US citizens.

Oculis Labs stops people from spying on your computer screen.

There are myriad ways for your computer to be spied on through the internet, but that doesn’t mean you should forget about the old school method of someone sneaking up behind you. Oculis Labs builds products to stop “visual eavesdroppers” on mobile and desktop devices. Instead of privacy screens that come down over a monitor, its PrivateEye and Chameleon software tracks where the user is looking and only displays what’s on screen to them.

If the user turns away, the display is masked. And while they are working, someone standing two feet away from the actual user will just see a bunch of gibberish on screen.

Here’s how its Chameleon software works.

The CIA is the lessor terrorist organisation to their big brother the Mi6-terrorist. And Mossad is a wannabe bigger then Mi6, thought they are less intelligent, and are more often reckless in the civilians they murder.
Between 30%-60% of Mi6 operations are designed to look more like the CIA did them. Mi6 even trains their agents and the SAS to use “American-accents” so the UK does not take the blame, and people instead think Americans did it, or that it was the CIA.
When in fact Mi6 murders more of their own civilians and more around the world then the CIA do.
Truth be told, the entire world including the American and UK people should unite against the Mi6 and CIA and Mossad and overthrow their Empire overnight. 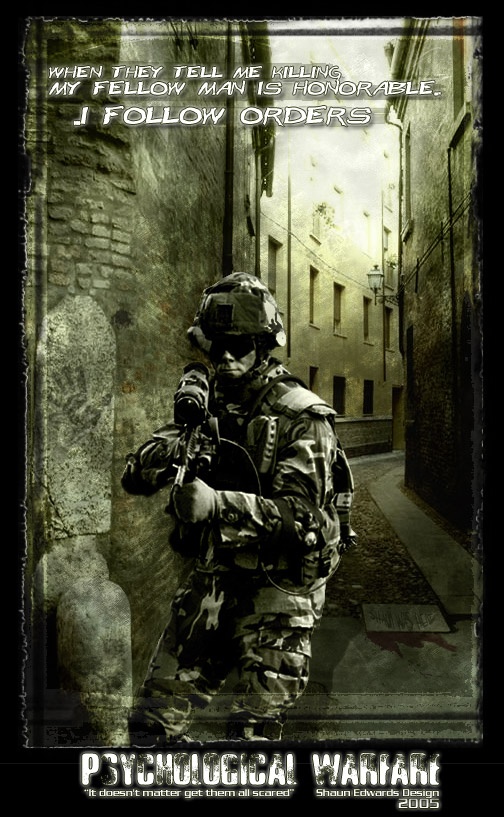 and hand over control to u,are u dumb,a country which do not have secret division means it has not yet developed and does not want to get either,to tackle terrorists these all nations secret societies should work together to foil terrorists