12 people were killed by the flooding, several others were missing, and wolves, bears, big cats and even a hippopotamus were wandering the streets of the city.

Wild animals roamed the streets of Tbilisi, the capital of Georgia, on Sunday, after raging floodwaters damaged the city’s zoo and set many of the animals free.

Also among the escapees were lions, tigers, bears and wolves, the agency reported. Georgia’s Prime Minister Irakli Garibashvili asked residents to stay home while the animals are rounded up.

The British Secret Intelligence Service, MI6, has withdrawn its agents out of live operations in foreign countries as they could allegedly be identified by Russia and China with the help of files stolen by former US National Security Agency (NSA) contractor Edward Snowden, The Sunday Times reports.

Edward Snowden leaked details about secret US and British spying programs in 2013 after he fled the United States for Hong Kong. He passed the information to the Washington Post and Guardian newspapers. 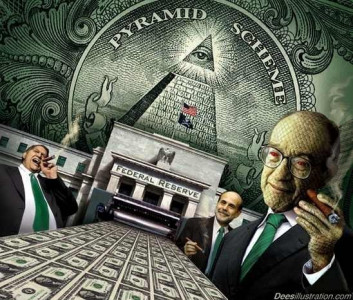 Bilderberg Group has had Nazi connections from the very beginning, and it continues to advance the agenda of the Nazis to this very day. For over half a century, no agenda or discussion topics became public nor is any press coverage allowed. Just like the Nazis, they are deeply committed to globalization. The Nazis sought to establish their empire through war, while these guys seek to do it through diplomacy, negotiation and war for “democracy”.

About 2,000 people have marched in Macedonia’s capital, Skopje, demanding equal rights for the Albanian minority.

Macedonia saw months of civil conflict in 2001 between the security forces and ethnic Albanian rebels.

The country’s leaders agreed last week to hold early elections by next April, in an attempt to end months of turmoil. 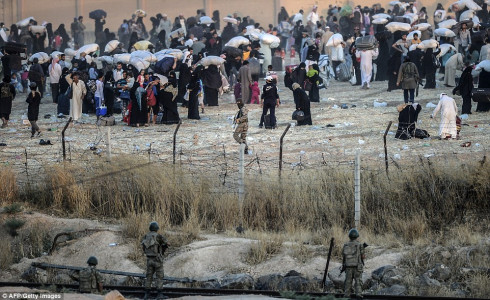 Turkish troops watched on helplessly as heavily-armed ISIS terrorists blocked the border crossing at Tal Abyad, where some 13,000 civilians have crossed over the past ten days.

The men, women and children were stopped at gunpoint almost within touching distance of the border town of Akcakale. The Syrian-Kurdish YPG militia is advancing on the town having made major advances in ISIS controlled territory

An AFP contributor has sustained a leg injury and was taken to hospital after his house in Donetsk, eastern Ukraine, came under shelling on Sunday.

Poroshenko’s regime does not stop shelling Donbass killing civilians and as result violating Minsk II peace accords . Earlier in the day, authorities of the self-proclaimed Donetsk People’s Republic warned the fragile ceasefire in the Donbass region could escalate into a full-fledged military conflict “within hours.”

Hi there, evеrything is going perfectly here and ofcourse every one is sharing information, that’s really excellent, keep up writing.