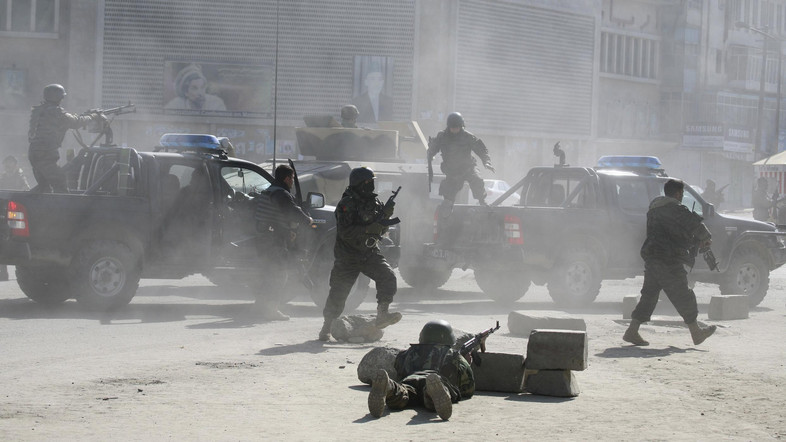 At least 131 Daesh fighters were killed in fighting with the security forces in eastern Nangarhar province, Afghan officials said Sunday.

“They were killed in Kot district,” provincial governor Salim Kunduzi said, adding that 39 of the terrorists were killed in ground battle while the airstrikes killed 95 more.
A key commander of Daesh named Kamran was also killed in the clashes.

The clash still continues in Sayed Ahmad Khail and Sepai villages in the district and that over 200 local police force members were deployed to clear the area of militants.

“According to intelligence reports, nearly 600 Daesh fighters attacked the district and that the security forces are trying to eliminate them.”

Nangarhar police chief Zorawar Zahid meanwhile said the military operation will continue in Kot to eliminate all the insurgents.

A number of tribal elders in Nangarhar announced their support to Afghan security forces in fight against Daesh rebels in the province.

“The security forces need the support of the people and we will support them, because they ensure our safety,” Assadullah, a tribal elder in Nangarhar said.

CIA assets in Afghanistan got a new label: now they are called DAESH.