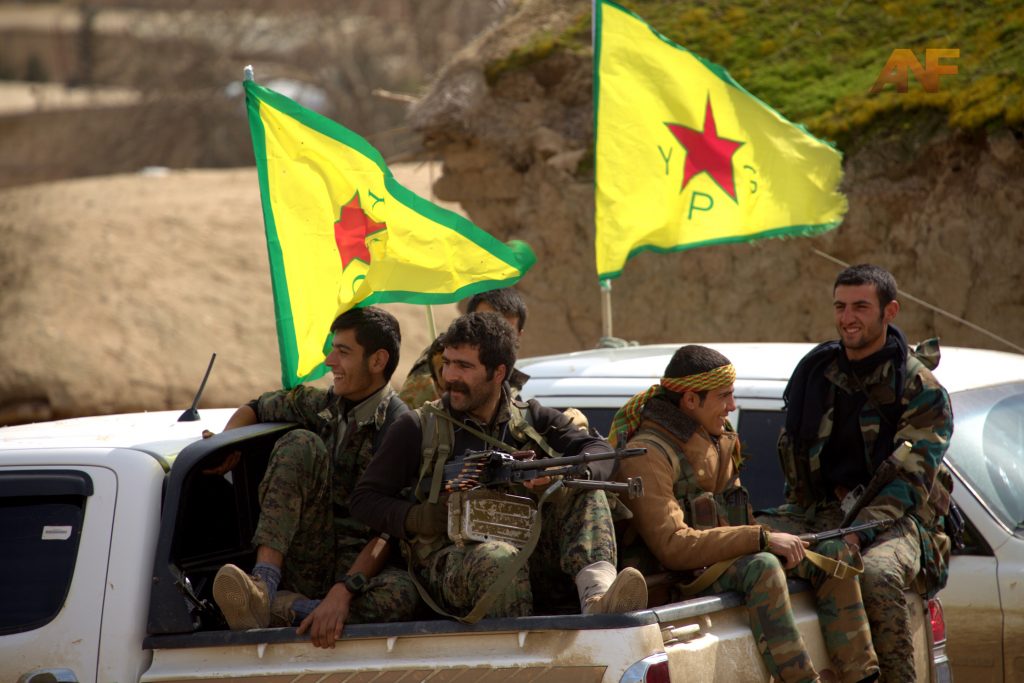 The Kurdish-led Syrian Democratic Forces (SDF) killed 1,244 ISIS members and destroyed 28 car bombs in clashes in thecity of Raqqah in August, the Kurdish People’s Defence Units (YPG) has claimed in a statement describing the recent achievements of the YPG and its female version YPJ.

The YPG added that the SDF also destroyed “a workshop for improvised mines, a factory for the preparation of bomb-laden vehicles, 3 military vehicles, 3 DShK 12.5 and DShK 23”, downed a drone and discovered 3 underground tunels

Only 101 Kurdish fighters were reportedly killed during the clashes.

According to the statement, the SDF rescued nearly 2,000 civilians from the ISIS-held area in August.

So far, the SDF has liberated 65% of Raqqah.

Last weekend, the SDF re-captured Moroor district from ISIS in the southern part of Raqqah.

That’s in line w/the estimate that 2,000 ISIS fighters remained to fight in Raqqa. I wonder how many civilians have been killed to achieve this goal, but that’s the point of leaving behind a force like this to fight to the death.

I bet the number of civilians killed will end up being higher, possibly much higher than 2,000 when this is done.

The Kurds are good fighters in open country but not experienced in urban warfare, so they are probably using ISF tactics, calling in artillery / airstrikes to take out snipers and not worrying about who is in the building. For all of the bad mouthing of the SAA and allies at Aleppo, I bet they were much more engaged and used more machine gun fire and less bombs then either the Kurds or Iraqis did. The truth will never be told in the west.

Truth is don’t want to think about it the US killed more at a roundabout mostly women and children again.

Like their Iraqi militia-mercenaries brothers they include civilians (allegedly pro IS, or hardly istinguished) in their counting of killed. So just take it for 1/4 of that numbers as actually fighters killed…and I am being generous here.

And all of you, disqus_WlS7Fxybgw, chris chuba, Terra Cotta Woolpuller, and all the others that will come next here have be there, have seen it with there own eyes. Thanx guys for your sacrificial duty, who else but you heroes of the frontline would have told us the real truth…

The truth hurts you racist supremacist puppet.USA=NATO is promoting homosexual,guy marriage,legalising Satanism,creating zombies,vampired, prostitution destroying other small countries because of greed.Create terrorist train and armed them and not spread but distribute them around the world.Introducing one world religion.Compete with God in all suspects.You behave like a monitoring demon shut up. .

Store nothing is an Antifa member like dutchnational their group has links to the PKK terrorist organization.

Thank you it is clear.

Basically the Kurd’s have killed around 200 ISIS fighters, bombs from the air force have killed most of the ISIS fighters and many hundreds of civilians that they just call ISIS fighters. Kurdish lying at its best. They did the same to Iranians. They would blow up Iranian citizens, then claim to have wiped out military patrols in villages haha. Those Kurd’s are really something with the way they believe in their own lies. http://en.farsnews.com/

USA/NATO puppets secret societies are global community which kills civilians and says their killed terrorist.Now Russia,Iran,Hezbollah,Syria and rest of the world countries are international huminity which protect the sovereignty and dignity of others.We even protect the surrendering terrorist.