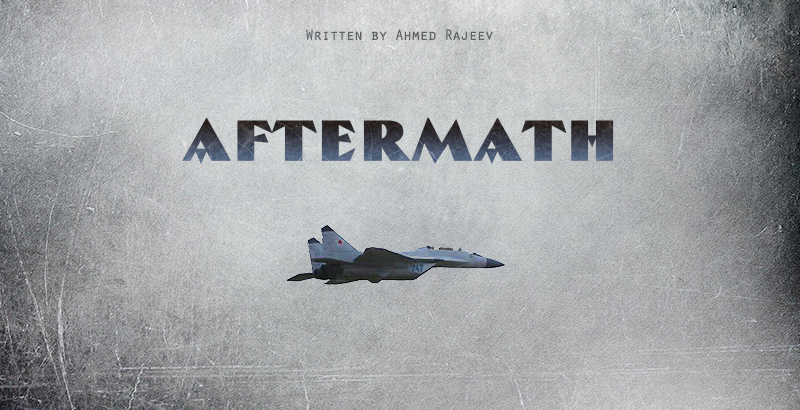 The high key action of Turkey on Russia by bombing down a Russian Jet diminishes the Newtonian Law of counter high key reaction. Russia shows patience and pragmatism. It has already put sanctions on Turkish tourism and vegetables goods though. But this action against a high key action is not enough to heal the wound of Russia for their Syria mission. Russia considered Turkey as its friend. It is very painful, if suddenly your friend appears as your foe. Such an ancient Anatolian style ambush reminds me of Osman, who fought Byzantines with such techniques. The Ottoman was powerful, who depended on its own resources and might, not this Turkey. This Turkey appeared seemingly powerful because of its NATO and US military association. Turkey has been working for the western hegemony since its NATO integration.

Russia could do so many things in response. It could have shot down Turkish Jets. Russia could also use the Kurds as a weapon against Turkey by heavily weaponing the Kurds. It could completely wiped out the so called ‘Turkmen’ militias of northern Syria, since Turkment terrorists were heavily tied with Ankara. Even Russia could start meddling into the noisy politics of Turkey by clandestine killing. But these things are not happening. Russian reaction was the sanctions, revealing Erdogan’s illegal family business and S-400 deployment in Syria. It just avoided a big collision with NATO. Russia wants war, but not a nuclear one. So, before getting a necessary amount of western support, Russia will not show any high key action against Turkey.

On the other hand, if a war breaks out, Turkey can close its Turkish straits for Russia. As a result, Russia may lose its transportation route from the Black sea. Turkey also can meddle into the central Asian politics to fight against Russia. Since Russia has a huge Muslim population and communities, Turkey can support radical Islamism to take up arms against Russian interest.
However, the tension continues with claims and counter claims of Turkish strait disturbance. There are reports that, Turkey is intentionally delaying the transportation of Russian ships. NATO is creating a huge pressure on Russia by its propaganda and missile deployments. Russia enhances its defense as well. Though, the game is not fair. The west enjoys trade and global economic freedom. Russia suffers sanctions. Still, the goodwill and to defend themselves from deprivation, the Russian action in the Middle East has been proved effective.

We have been observing the destruction of the ISIL helplines, assets and smuggled-oils. The Syrian army recovered many lands and villages from the terrorists. Many terrorist flew from Syria from panic. Syria is going to be a peaceful nation again. Russia is fulfilling its objectives cautiously. The Turkish ambush was blow to distract Russia from its goal. The cool heads are prevailing. Russia remains focused to the ISIL crisis.

Since ISIL actions aligns with the western motives and interests in the Middle-East, an action on ISIL can be considered as an action on its patrons. Now, the west is playing defensive. It wants to negotiate. It wants to rearrange its power for future confrontation with Russia. Now the west is being defeated by the Russian pragmatism. The trends of defeat are emerging in many fronts. The west lost in Crimea. It is losing in Novorussia. It is on the verge of losing in Syria. Gradually the west will lose the whole Middle East by China-Russia-Iran-Syria-Hezbollah joint action.

The recent visit by Kerry was not fruitful for the west. After the 1st Vienna meeting on Syria issue, the US Foreign secretary openly sides with the Russian position. Russia played well and gaining diplomatic victories. The most perfect war should be won by the diplomacy not by the weapons. Weapons are the ugliest parts of the warfare. Here Russia is winning by using both. If Russia wants to secure the Middle-East for its own interest, it must eliminate the terrorists. To eliminate the terrorist, Russia will have to fight with its mediocre patrons like Turkey. And if Russia wants to fight the mediocre patrons without the nuclear engagement, it should fight them with the diplomatic weapons. To fight for the real cause of terrorism, Russia should keep its door wide open for the west. With the capacity of future adjustment a cordial approach towards a temporal coalition between the west and Russia can be formed to prioritize the terrorist threat. Both parties should come to zone of mutual respect and trust to eliminate the terrorism from the Middle East and the beyond, since no one can solve the problem single-handedly for many open and secret reasons. It is really a good sign that, finally, after the Russian-Syrian joint strikes, the proxy leaders are appearing regularly on a single table for negotiations which was badly needed before the Russian air assault, that negotiations could save many lives. Meanwhile, Russia may pump up its effort to dismantle the Turkish political system by helping the oppositions. It will also intensify its military movement around Turkish territory to upset Turkish Military forces. And the peace and stability will be a long lost song for Turkey in coming months and years.