The terrorists’ military convoy came under attack and was destroyed by the Syrian Arab Army (SAA) in al-Sakhour neighborhood of Aleppo city on Monday. 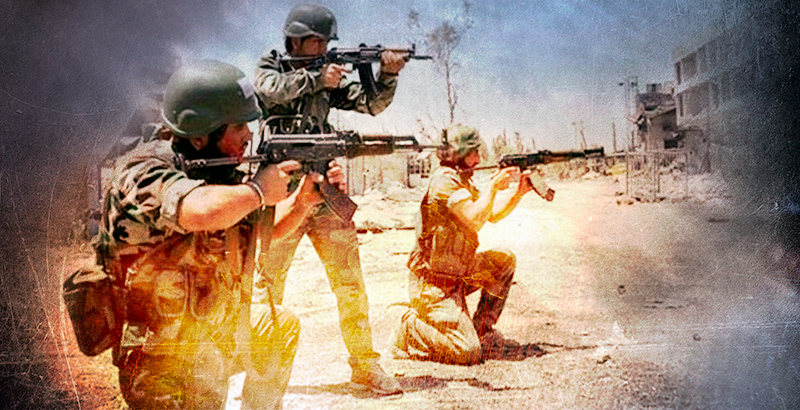 According to the field reports, the terrorists suffered a heavy death toll in this SAA attack. Also, SAA destoryed a number of the machinegun-equipped vehicles. Separately, the clashes are continuing in the Suleiman al-Halabi neighborhood.

On Sunday, the SAA and its allies continued to advance on the terrorists’ positions in Aleppo. Pro-Syrian sources argue that “scores of the militants” were killed.