On June 28, the US-backed Free Syrian Army (FSA) and the Syrian Arab Army (SAA) reached a 12-hours ceasefire agreement in southern Syria as a result of Russian-Jordanian mediation, according to Syrian pro-opposition sources. The ceasefire is set to begin at midnight exactly.

Furthermore, the Hammurabi’s Justice News blog, which is linked to the US-led coalition and FSA, revealed that a new round of talks between Russia and the FSA was held recently. According to the pro-oppositions blog, Russia proposed a deal that would allow the FSA to withdraw from southern Syria. However, FSA commanders rejected the deal.

The SAA, the Tiger Forces and the Russian Aerospace Forces will resume their military operations against the FSA in the southern governorates of Daraa and al-Quneitra once the temporary ceasefire is over.

This will likely increase the pressure on the FSA in southern Syria and possibly force the US-backed groups to accept the Russian deal. A very similar scenario happened before during the battle of Aleppo city and the battle of Eastern Ghouta.

If the FSA don’t take the deal they will be charred mess when the RuAF and SAA start back up.

as
Reply to  Scott

Usually it will be keep being prolonged until the cornered sides shows strategic maneuver under the ceasefire agreement. Then lines shifted or ceasefire broken to answer their initiative.
If not they’ll see their leader to discussing their surrendering terms with preparation to enact them.

Nothing new here under the sun. East Aleppo and East Ghouta saw plenty of these cease fires as well. We all bitched and moaned about it online, but in the end they didn’t work to the Jihadists advantage but to the SAA’s. Resupply and rest for its troops before resuming the offensive is just as important. All Russia does is make good PR advantage of something that has to be done anyway,

The Tigers need the ceasefire so they can get close enough to the fleeing head-choppers to fight them again. “Damn – they ran out of range… again! We’re gonna need some faster T-90s!”

Well SAA is bypassing Daraa city and have liberated Itba, Dael and Tafas region also Al Karak has reconciled after fleeing terrorists and rabble have left. Talks in Nassib are still ongoing but expect reconciliation to happen ,Sayda, Tayyibah, Umm al Mayadin are expected to reconcile also as rebels are in talks. .

See how dumb the readers are? They overlooked very important points or they don’t have any memory at all. You eat the propaganda here. 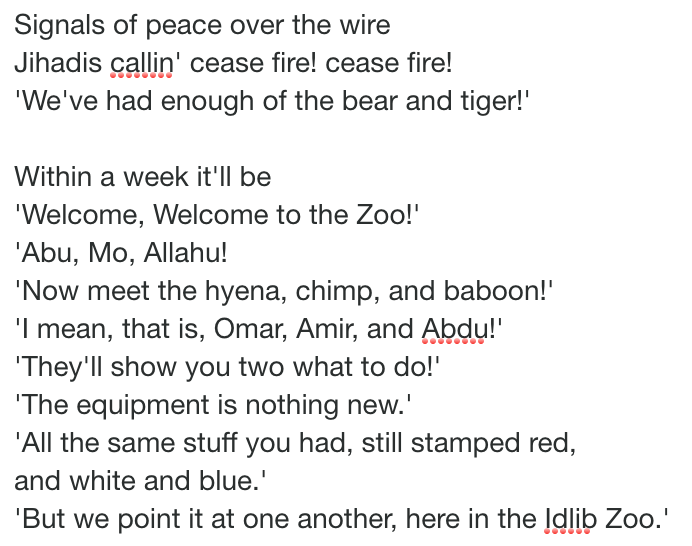 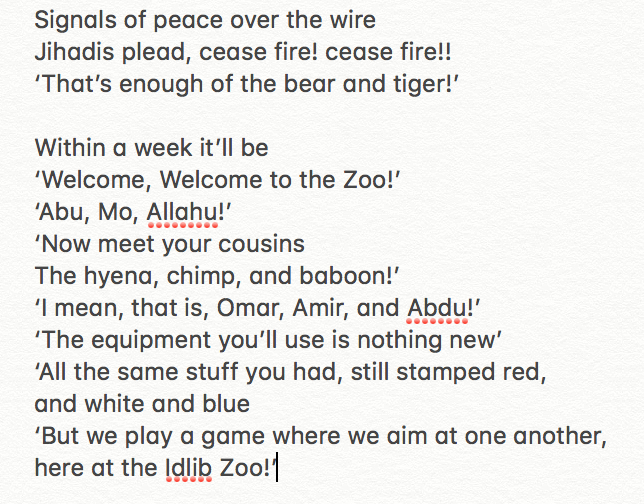 I’m sure it’ll play out like Gouta with some defecting, some going to Idlib, some returning to “civilian” life, others fighting to the last, and many more having little choice which of these they choose.

sounds accurate. war is a chaotic environment, many are tossed around in its vortex. where they end up is often an accident of fate as much as it is a true desire

In the end, they will surrender and will comeback to civilian life

The ceasefire excludes ISIS so fuck off American and Russian thugs.

The US/Jordan have closed off the escape routes, so these guys either surrender or die.
A bit like WWI, British troops would shoot British troops running to safety, away from the enemy.

Really? Got a link to that?
Bit of a hike but they could leg it over the Golan….