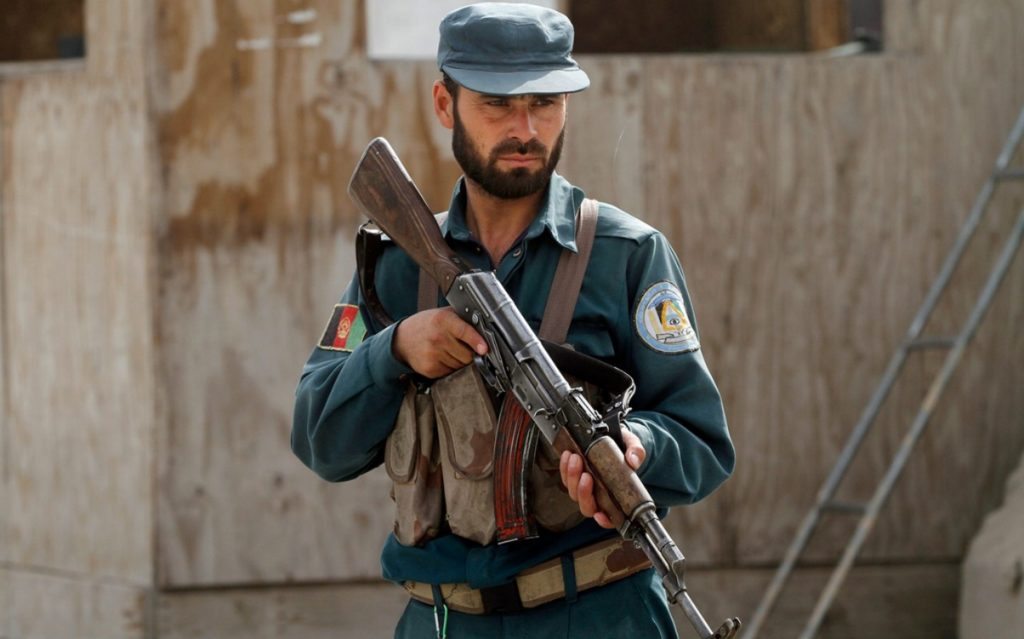 On September 28, 12 Afghan policemen were killed in a suicide attack that targeted a base of the Afghan Police in Maroof district of Kandahar province in southern Afghanistan, according to Afghan sources.

The Taliban announced that the suicide bomber was one of its members and took credit for the attack.

Zia Durani spokesman for Kandahar province police chief revealed that the suicide bomber was driving a VBIED based on a Humvee vehicle. Durani also announced that “employees” from the Afghan National Directorate of Security (NDS) were among the casualties.

2 Afghan policemen were killed and 16 civilians were injured in the attack in an IED attack in the Afghanistan capital Kabul on September 28 also.

The Afghan Police said that the IED was attached to a police vehicle while it was parked outside of a mosque in Kabul. So far, no group has taken responsibility for the attack.

In a separated development, Pakistan Ministry of Foreign Affairs Spokesperson Nafees Zakaria said at the weekly foreign office briefing that Pakistan rejects the role of India in Afghanistan. Zakaria also accused India of working to “spread terrorism and chaos in Pakistan.”

“Indian role in Afghanistan is not constructive rather destructive,” Zakaria said at the briefing.

The US and administration and the main stream media (MSM) has been pushing an idea that a bigger role for India in Afghanistan is needed. Such step is described by some experts as a direct provocation to Pakistan who has many problems with India. Bringing of more foreign powers into the conflict instead of negotiating its peaceful solution could not be described as a move that will soon lead to the conflict’s end.

India and Pakistan exchanged a memorandum of understanding which will allow India to train Afghan police forces for the first time.

“Prime Minister [Modi] reiterated India’s commitment to extend full support to Afghanistan’s efforts for building a peaceful, united, prosperous, inclusive and democratic Afghanistan,” the Indian Ministry of External Affairs said in a statement, adding that the “Two leaders exchanged views on the security environment in Afghanistan and the extended region, and, in this context, agreed to continue close coordination and cooperation.”

yankees, the trouble makers, are useless wherever they are … they let chaos and mayhem rule in afghanistan intentionally so that they can make profits with their illegal trade

We see India rising in the ranks of the political world, and see that they plan to fill the void in Afghanistan left by the US. Pakistan needs to negotiate further to halt this conflict.

The US needs to negotiate peace even if it means the CIA losing their cash flow and sacrificing any business ventures for raping the country for it’s resources. The negotiation for a peace process and transition now will solve more today than it will in the future.