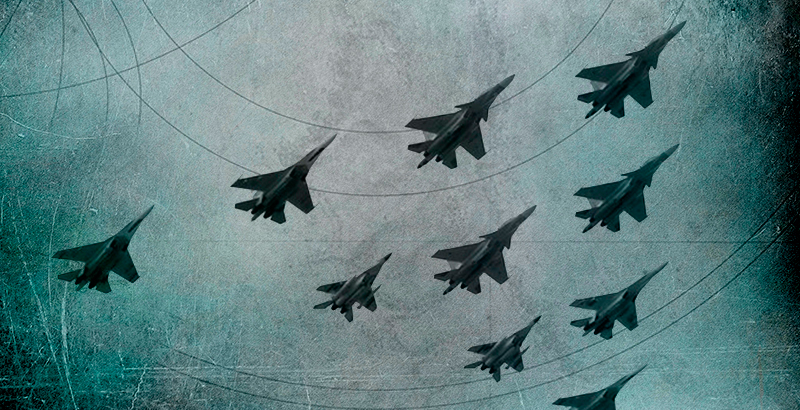 Geopolitical analyst Christoph Germann posted a very subtle, almost unnoticed link in his Twitter feed in the immediate aftermath of the ambush of Russia’s Su-24 near the Syrian-Turkish border by an alleged Turkish F-16.

It was a link to an article published just ahead of the incident titled, “US air force Gen Selva visits Ankara to discuss terror, Syria,” which stated specifically:

Vice Chairman of the U.S. Joint Chiefs of Staff Gen. Paul J. Selva starts his visit to Ankara reportedly to discuss the fight against DAESH and Turkey’s border security in the region,

During the meetings the officials are expected to discuss the Russian airstrikes on Turkmen-populated areas in Syria as well as other issues pertaining to the region.

It would seem that the US general would be either on hand, or having just concluded his business with his Turkish counterparts just as Turkey carried out what surely was a long-planned ambush of a Russian warplane near the Syrian-Turkish border, and in particular, precisely over the “Turkmen-populated areas in Syria.”

Not only did Turkey ambush the warplane – which at best flew a mere 17 seconds in Turkey’s airspace and at worst, never entered it in the first place –  but NATO-backed terrorists operating inside Syria also participated, attempting to execute both pilots by firing at them as they parachuted to the ground killing one of them – a war crime under the Geneva Convention – and attacking rescue helicopters attempting to retrieve the pilots, killing one Russian Marine.

Seventeen seconds – if that were even true – is by far not enough time to scramble fighter jets, acquire targets, and successfully down a jet briefly skimming one’s borders. For the F-16s to have been coincidentally in place, with terrorists on the ground waiting for pilots Turkey knew would come down in Syrian territory, much planning would have been necessary, days or weeks ahead of the ambush.

The  final result of NATO’s “masterstroke” – one that was dreamed about since Russia’s operations in Syria began and repeatedly called for particularly within the halls of the US Senate – was a treacherous display of depravity upon the world stage – an act of treachery that will only further reveal NATO’s role in feeding, not fighting terrorism and give Russia further impetus to finish what it has started doing in Syria.

It is also clear that while the US attempts to maintain plausible deniability, Turkey’s act of war was done on behalf of all of NATO, including – perhaps especially – the United States.

Turkey and Israel both have been playing the role of “wild cards” NATO and the US in particular have attempted to feign an inability to control. This allows the US to carry out acts of aggression by proxy through the use of conventional military forces it itself could never justify carrying out.

Turkey and Israel’s use by the US in this manner was revealed as early as 2012 in the Brookings Institution’s “Middle East Memo #21,” “Assessing Options for Regime Change,” which stated (emphasis added):

In addition, Israel’s intelligence services have a strong knowledge of Syria, as well as assets within the Syrian regime that could be used to subvert the regime’s power base and press for Asad’s removal. Israel could posture forces on or near the Golan Heights and, in so doing, might divert regime forces from suppressing the opposition. This posture may conjure fears in the Asad regime of a multi-front war, particularly if Turkey is willing to do the same on its border and if the Syrian opposition is being fed a steady diet of arms and training. Such a mobilization could perhaps persuade Syria’s military leadership to oust Asad in order to preserve itself. Advocates argue this additional pressure could tip the balance against Asad inside Syria, if other forces were aligned properly.

It appears an uninspired rewriting of this plan is being put into effect now, despite the presence of Russian forces in the region. Perhaps the US believes Russia too would seek to avoid a two-front war with Turkey and Israel as the primary combatants with the US itself playing a muted role for the sake of plausible deniability. Even if war was not the intended final outcome, perhaps the US believes this extra pressure could afford them much needed leverage in a conflict already clearly escaping out of their control.

To this end, in the wake of Turkey’s actions, Ankara has intentionally posed as unrepentant. While it claims to have recordings of its “warning” transmitted to the Russian Su-24, readers should keep in mind another recording made public coming from amid Turkey’s senior leadership.

Ahead of a previously failed attempt to establish a “buffer zone” in northern Syria, Turkey was caught conspiring to carry out a false flag attack on its own territory to blame on Syria thus justifying a full-scale invasion of Syria’s northern border.

The leaked call details Erdogan’s thoughts that an attack on Syria “must be seen as an opportunity for us [Turkey]”.

In the conversation, intelligence chief Fidan says that he will send four men from Syria to attack Turkey to “make up a cause of war”.

It is clear that for some time, Turkey has been playing the role of an intentional provocateur, seeking to “shake up” an otherwise hopelessly lost situation, through acts of terrorism and now apparently, acts of war.

Syria and its allies appear to realize that despite much more work to be done, the momentum has finally and irreversibly shifted in their favor. Seizing territory from NATO-backed terrorists and cutting off their supply lines leading in from NATO territory in Turkey will essentially end the war in favor of Damascus, Tehran, and Moscow.

Attempts to provoke Russia, no matter how tempting, will be resisted by Moscow. Any retaliation Russia exacts against Turkey will be done in a matter that negates any affects carrying over to its primary mission in Syria – to win the war.

With Russian air defense systems being enhanced across the region the stakes are being raised as is the cost of any further provocations not only for Turkey, but for NATO as a whole. Should F-16s attempt to ambush another Russian warplane and end up themselves shot down, the veneer of invincibility NATO airpower has enjoyed for years will evaporate amid an already losing battle the hegemonic military alliance is fighting.

Nations being courted for NATO ascension and allies of the antiquated geostrategic bloc, will begin having second thoughts about accepting a subordinate role among an alliance seemingly incapable of winning wars, or even individual confrontations.

Already, murmurs in the halls of power around the world are noting that NATO’s “victory” over Russia’s single Su-24 came at the cost of weeks of planning, absolute treachery, tremendous expenditures in political capital, and included blatant war crimes just to kill a pilot and a Marine. It is unlikely that NATO will be able to orchestrate another ambush of this magnitude, but even if it could, it would do so only to further confirm to the world the lengths it must go through to achieve superficial primacy over Russia in a conflict it has otherwise clearly lost.

Syria and Russia’s goal now must be to raise exponentially the cost of NATO forces further entering into the Syrian conflict.US President Barack Obama’s comments regarding Turkey’s “right to defend itself” are not only supremely hypocritical – even self-incriminating, but may present Syria and its allies with an opportunity to finally clear its skies of intruding Western warplanes. If Turkey is justified in shooting down a warplane near its borders it knew had no intention of attacking Turkish territory, then surely Syria has every right to down Western planes who are most certainly attacking its territory.

Alternatively, expanding Russia’s footprint in Syria and accelerating the eradication of NATO’s terrorists proxies will leave NATO with little reason to justify further intervention in Syria’s skies, let alone on the ground. In all likelihood, Turkey’s unprecedented act of war was in part motivated by the realization of this fast approaching reality.

Tony Cartalucci  is a Bangkok-based geopolitical researcher and writer, especially for the online magazine“New Eastern Outlook”.