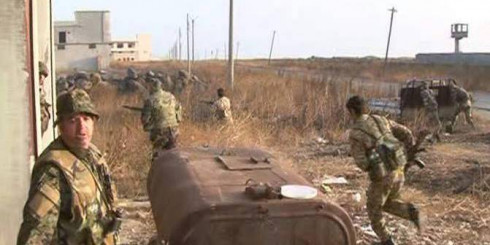 Within the last half an hour reports have been coming in that the Syrian Arab Army along with National Defense Forces(NDF) of Qurdaha, clashed with Al Qaeda-affiliated group Jabhat Al Nusra, Harakat Ahrar Al-Sham, and also the Free Syrian Army.

Reports from the ground have said that fierce fighting continues while the Syrian army advances onwards to the southern perimeter of Katf Ghadder, a strategic hilltop village.

The 4th Armoured Division Of The Syrian Arab Army: History And Capabilities