Newspapers that published hoaxes like this used to be crucified… 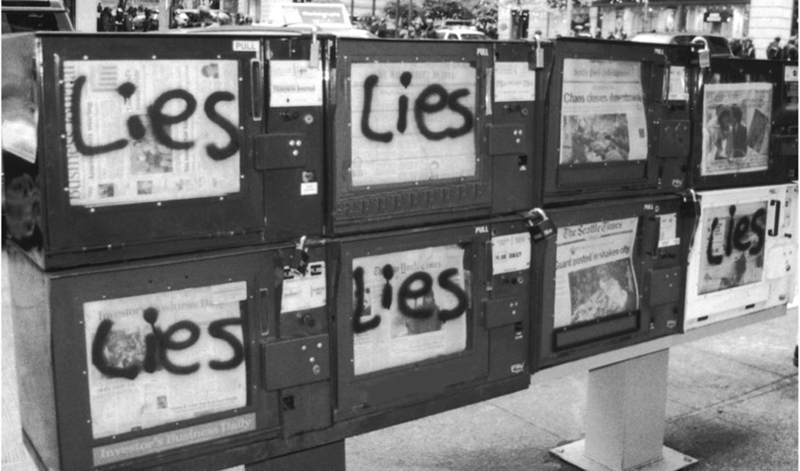 The Guardian in their “front page expose” fails to give any source and uses an old stock photo furnished by the Syrian Army. Their source,the unnamed human rights group is actually the Syrian Human Rights Observatory, a single individual, long debunked as a CIA front, a man who lives over a noodle shop in Coventry who simply makes it all up.

The story was written by a “stringer” named Kareem Shaheen. I follow Shaheens restaurant reviews in Beirut and the occasional obituary. His best article so far was Lebanon’s university students over-caffeinated: study. There is little doubt that writing about coffee guarantees you the perfect step up to front page feature writer for an unsourced hoax story on one of the world’s major newspapers.

The details given are also fabricated as is the hospital itself. With ISIS kidnapping any Westerner they get their hands on, beheading them with regularity, there are absolutely NO western run hospitals, no “MSF” or “Doctors Without Borders” hospitals in ISIS held Syria.

What is true, however, is that an “MSF” hospital in Kundus, Afghanistan, where such things do exist under the watchful eye of the Taliban, a group that is far more social and does far less “beheading,” was bombed out of existence by the US. The American response has been a shameful coverup and the “suspension” of some of those involved, at the lowest levels of course.

Recent charges of 15 Syrian hospital bombings have shown that none of the listed facilities exist now, existed before bombing or ever existed. Simply put, ISIS and the other terror groups get their medical care in Israel and Turkey and even receive air evacuation when they need it, the same planes that deliver their ammunition.

The Guardian, one of the last remaining newspapers with an actual writing staff of other than college interns and failed bloggers, still runs hoax articles like this, paid black propaganda fed them by their handlers at MI6.

Please take the time to post this on social media sites around the world. The Guardian isn’t simply lying, they are openly participating in terrorism by providing cover for those, such as Turkey’s brutal dictator, Erdogan, who have looted Syria and Iraq and pushed hundreds of thousands of refugees into Europe.

The Guardian is part and parcel to all of this. 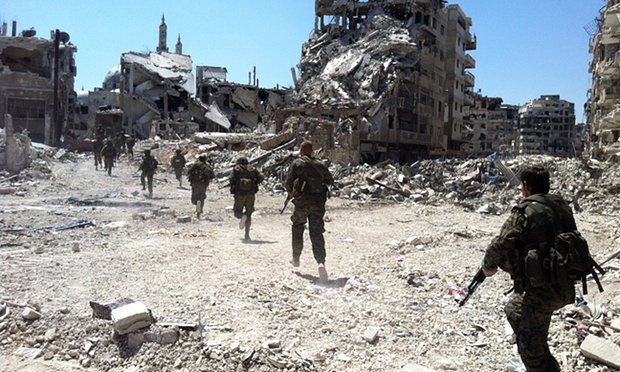 Syrian government forces patrol in Homs. Bombing on Saturday on a hospital in Zafarana killed seven people including a young girl, MSF have said in a statement.

A hospital operated by Médecins Sans Frontières in Homs has been partially destroyed in a “double-tap” barrel bombing, a signature tactic of the Syrian government’s air force, the charity has said.

The strikes on Saturday on the hospital in Zafarana, a besieged town in northern Homs, killed seven people including a young girl, MSF said in a statement, and prompted an influx of wounded into nearby field hospitals, some of whom died on the way.

Catch more of this embarrassing propaganda at: The Guardian