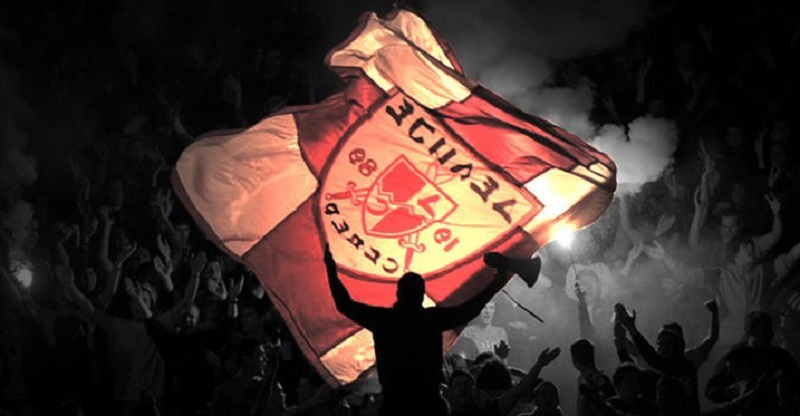 During the game in Belgrade, Serbia’s basketball team “Crvena Zvezda” triumphed over Real Madrid. The dedication of the fans and their love for Russia hasn’t been left behind or forgotten by this great success. During the game the fans rolled out a giant Russian flag and a sheet of cloth on which was written “Glory to Russia and their fallen hero”. Although they misspelled the name of the pilot wrong, it wasn’t Sergei Rumyantsev but Oleg Peshkov who died in the incident when the Turkish air force shot down the plane, these misconceptions are getting quite common due to mass media and inaccurate information.

Nevertheless Serbian sport fans have shown yet again their support for Russian people. This wasn’t the first time though, a couple of years ago during the football match in Belgrade fans of Crvena Zvezda saluted president Putin who was also watching the game alongside Serbian officials on the stadium.

Many here in the UK have similar sentiments.