Syrian army artillery units have been continuing to pound terrorist targets in the Wadi Barada area northwest of Damascus. According to local sources, the Syrin army has delivered over 35 artillery strikes in the area since December 26, killing about 10 members of Jabhat Fatah al-Sham and Ahrar al-Sham.

Earlier this wee, Syrian government forces launched a major-scale operation in Wadi Barada in order to push militants to surrender and withdraw from the Damascus countryisde. 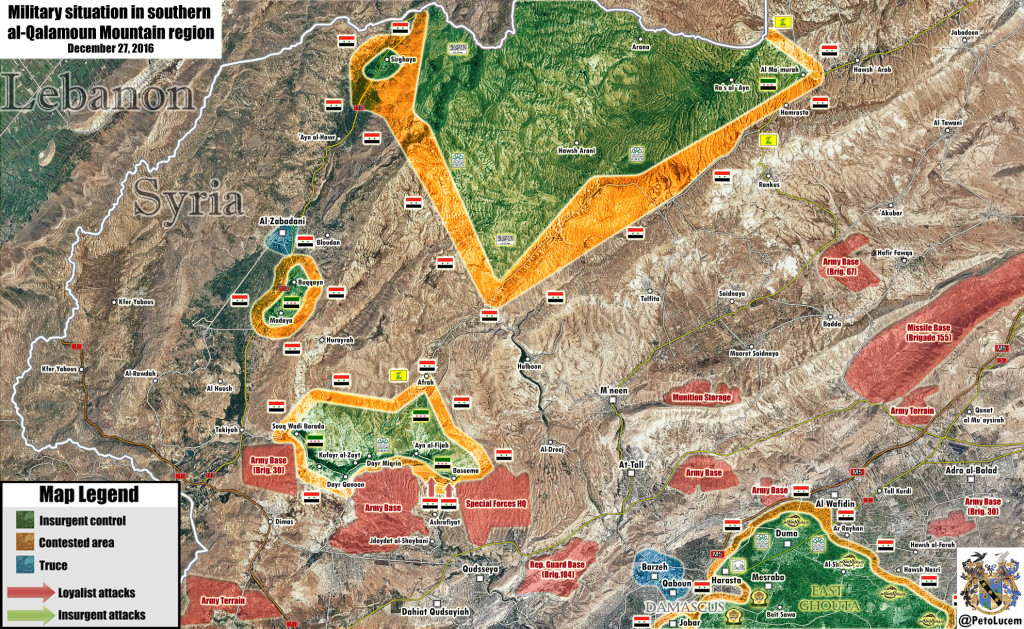 Clear the lebanese border once and for all, go SAA!