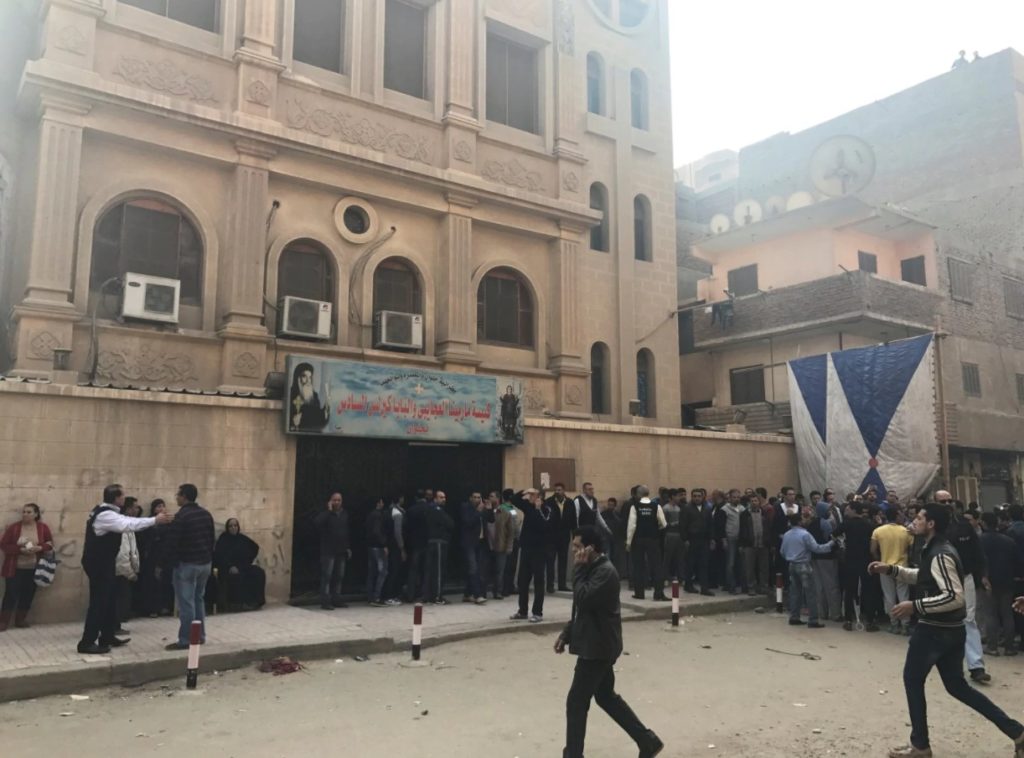 Crowds outside the Church of Saint Menas in Cairo after a clash security forces and suspected militants on Dec. 29, 2017. (Amr Abdallah Dalsh/Reuters)

10 people were killed and 5 others injured in a militant attack on a Coptic Christian church south of the Egyptian capital, Cairo, according to reports.

Two police officers are thought to be among the dead.

The incident took place in the Helwan district when one or two gunmen opened fire at the church. One of the attackers was reportedly killed by security forces.

The local authorities responded to the incident increasing security measures.

its not muslims, it was only the jews … deflect please

Wait I am a Orthodox Christian and what do I have with Jews what you want to say a >?<

As ISIS in Syria-Iraq leaves, it’s now taking foot in other countries far and wide.

Seems like that. But tjey can nwver regain man power just like they used to have 4 years ago.

Google is paying 97$ per hour,with weekly payouts.You can also avail this. On tuesday I got a brand new Land Rover Range Rover from having earned $11752 this last four weeks..with-out any doubt it’s the most-comfortable job I have ever done .. It Sounds unbelievable but you wont forgive yourself if you don’t check it !gd188d: ➽➽ ➽➽;➽➽ http://GoogleNationFinanceReportsOnline/online/easytasks… ★✫★★✫★✫★★✫★✫★★✫★✫★★✫★✫★★✫★✫★★✫★✫★★✫★✫★★✫★✫★★✫★✫★★✫★✫:::::!gd188lh

Jesus Christ will punish you on big, for killing people in one of his homes. But you will be punished before you know it. May God curse you Daesh.

Well and wisely said. Especially I, like the part: ‘The temple of Satan.’ In the name of humanity we got to fight those to the and under the ground.