What is going on: A video from the scene:

BREAKING VIDEO: Metro car that appears to have been damaged by a bomb blast In St Petersburg. Reports of 10 people killed, many are injured: pic.twitter.com/KjNd8Wipgg

US State Department did state that Russia will be taking home body bags and may even have terrorists strike Russian territory. US wants to be careful, doubt that Putin has forgotten what the CIA and their terrorists did in Georgia and Chechnya. Russia has a serious axe to grind with the US and probably explains why the US won’t form a relationship, frightened about payback time.
This article explains why.
http://journal-neo.org/2015/05/15/what-if-putin-is-telling-the-truth/

Queue up western conspiracy theories that this was an inside job by Putin to stir up Russian nationalism because 80%+ popularity was not enough for Putin.

The usual suspects, ….Turkey,Jordan and Saudi Arabia support Chechnya Terror/War
And now today Syria and Iraq.
In my thinking…..securing the Jordan border with Syria and Iraq was not managed properly.
Russia is hesitant to mix it up with Jordan,Saudi Arabia. …they get a pass just like
Israel.
There was momentum with Russia/SAA victories before Putin suddenly reduced TAC
Airstrikes.
The US footprint in Syria was small back then….Romance the Kurds underway.
Russia lost an opportunity to impress the Kurds with military victory run operations
Jordan/Iraq borders to stem the flow of Jihadi ….Block US/Nato airstrikes.
If Putin thought Trump admin could be partner as Lavrov often stated, …then this limits
The operations and planning/diplomatic….
Increased Air mobile assets could have created a presence in South Syria and Euphrates east which gives the US a real blocking action they have to move.
Instead,,..Syria is left wide open…..US just waltz in….control the ground and the dialogue,
Which in this case is lying and brazen action.
Some will say Russia showed weakness in Syria.
That Russia is facing Terror from the usual suspects from Chechnya until now,
Proves these were not defeated in previous conflict, …nor respect Russia’s, military
, intelligence. ..nor political. 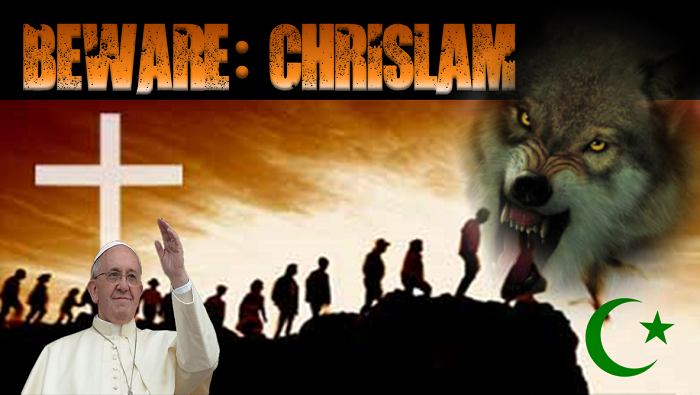 Mr. Perfect, what would you say about Mosul?

Mosul is in ruins because ISIS hides behind civilians, which civilians have been saying for the past several weeks.

err… Does your answer mean that US is not killing innocent civilians in Mosul? Or US does kill them but that’s OK because that’s US? I would guess that honorable friends (at list one would think so considering how far US is going to protect them) of US from Al Queda were not using civilians as human shields in Syria? Do you even realise that it is US that created all this bloody mess in ME? Let us know when you find those WMD my friend.

Can you not read? It’s in ruins because of ISIS.

Than what is different with eastern Aleppo? It was turned into ruins (much less than Mosul btw) because of US sponsored Al qaeda that was holding that part of the city hostage. What’s the difference to you? That innocent civillians are killed by “democratic” bombs in one case?

The same was in Aleppo. The war is the war, and it’s impossible to avoid civil losses, unfortunately.

Most American’s would cheer if Russia bombed Saudi Arabia like Trump promised. Fewer, but still many Americans would cheer Iran for doing so. We certainly wish Russia had stayed in Afghanistan long enough to prevent 9/11.

Most American’s would cheer if Russia bombed Saudi Arabia like Trump promised. Fewer, but still many Americans would cheer Iran for doing so. We certainly wish Russia had stayed in Afghanistan long enough to prevent 9/11.

This may have been a Ukro terrorist.

This was posted by a user on ZeroHedge:

IMPORTANT: The probability of the organizer of the explosion in St. Petersburg captured the video camera (PHOTO) http://rusvesna.su/sites/default/files/styles/by_text/public/premtupnikn…

The alleged organizer of the explosion in the subway train car in St. Petersburg, according to some sources, was on a surveillance camera, told “Interfax” a source familiar with the situation.

According to unconfirmed until the data, an explosive device was left in a train carriage in the portfolio.

As per “Vzglyad Gazeta”: -Google translate

A resident of Kiev, Ekaterina Rubanova, six hours before the
explosion in the St. Petersburg metro posted in Instagram a photo with
the message that the attack will happen on Monday.

“A long time since there was no terrorist acts … Today will be. Wait” – she wrote on her Instagram, equipping message tags #bomb, #terroristattack, #lyudeynadolyubit.

The photo shows a round black object. Place send a message meaning
“Lukyanovka jail” located in the center of Kiev. On its page on the
social network “VKontakte” Rubanova set city Kiev accommodation.

Abortion rights forces need to stop fighting each other and send ALL their tanks against Daesh and the Saudis. Most American’s would cheer if Russia bombed Saudi Arabia like Trump promised. Fewer, but still many Americans would cheer Iran for doing so. We certainly wish Russia had stayed in Afghanistan long enough to prevent 9/11. However Americans do not want a fight in Ukraine, which has never attacked us.

My condolences and prayers to the victims and their families. May God bless your souls.

Geographically St Petersburg is situated on the coast of the Baltic see and this explains everything to me. No doubt it clearly indicates NATO involvement taking in account current military developments in the region. It’s a part of physiological warfare which always precedes military one. It’s aimed to soften a future target by sowing fear into minds of enemy population with intention to impair their rational thinking. This event also exposes weaknesses in RU intelligence apparatus and wide and creates lack of confidence in government ability and willingness to protect the population from such attacks..

Question….The 1999 Bombings in Russia,…Putin’s rise to power and 2nd Chechen war.
There are numerous articles from 1999 citing FSB as doing the bombing with Putin cast as
Protector.
Mikhail Khodorkovsky and Platon Lebedev are 2003 with corruption charges.

The recent color revolution tricks which Failed in Russia with Navalny,
The decimation earlier of the massive Ukronazi arsenal which probably has crippled the
Ukronazi military and future plans.

The British Empire,..CIA and NATO are probably pissed about the arsenal,…
Failed State Ukraine pineing for more IMF tranche.
Could Russian Oligarchs insider which could resisted Putin’s rise and the Economic course
Of Russia. …be working With Empire/CIA, …Saudi terrorist base….working to press
A Hesitant Putin/Lavrov who find no Partners in Syria. …yet a partitioned hell world
With Mad Sultan and now treacherous Kurds who can incite accross the board to Iran.

Israel runs military drills while US shoves over 6000 Boots into Iraq and Syria,
While Haley and psycho Generals want Iran driven out….even militarily attacked.
Lavrovs teacher narrative cannot erase the obvious.
US has raced ahead in Syria, Iraq,Yemen,A Stan.
Is drilling the NATO attack forces. ..
Israel might try to invade Lebanon and More of Syrian Golan.

It’s Brinksmanship/Chaos. …….Russia is on the ropes in this Rocky movie.

“Russia is on the ropes” pretty much so. They lost momentum never to regain it again. King of the South has never meant to be a dominant power. It’s destiny is only to keep in check King of the North for a time.

Israel has issues with Persia…thus is very much their Angst and Talmud about overcoming.
Tavistock, ..Protocols of the Elders of Zion…..post WW 2 intelligence,
OSS,CIA, MI6,GRU/KGB,FSB,….

The Jesuits/Vatican….control the game and Tempo.
Even though some Muslim terror like MB or Saudi Takfiri network with Empire,
These can break…and war against Empire and Israel in a moment.
The Hidden hand/Occult is soon to appear,….like the Banker/Masonic/Illuminati
Wars of Napoleon Era.

Numerous 50 and 100 years wars in Europe where Mercs killed Catholic and Protestant (Michael Caine – The Last Valley)..hired for pay. …kill everyone.
Is CIA, NATO, Saudi any different?

Ultimately. ….the Mid east and Europe is Spiritual Contest…
Marching. ..or drawn like a magnet….to destiny and doom.

Brad and 888mladen… Russia’s on the ropes, they lost momentum never to regain… It seems that your are way too quick with your assumptions :) just wait and watch.

You are paranoid. I am a St.Petersburg tenant, and we are the integral part of Europe.

What is right in 2017 was not in 1941, and the world is totally different, particularly Russia.

putin does good job, when eliminates these islamicterrorists. russia is the savior of europe. 35 000 killed jihadists by russians are no more denger for us, whole europe.

Why not implement a trade off policy – every RU civilian casualty equals 2 CIA/Mossad staff. Everyone knows who is behind these attacks but no one just says it out loud.