Four people have been arrested with 1.4 kg of a nuclear substance, californium, in their car in the Turkish city of Ankara, the country’s state-run media reproted on March 19.

The security forces raid was conducted on a tip-off. Californium is a synthetic substeance used in nuclear reactors. It got its name from the University of California, where it had been originally synthesized.

Accordign to Turkish broadcaster NTV, the suspects were reportedly aiming to sell the cache of 1.441 kg of the element for $72 million on the black market.

no, this is Mig 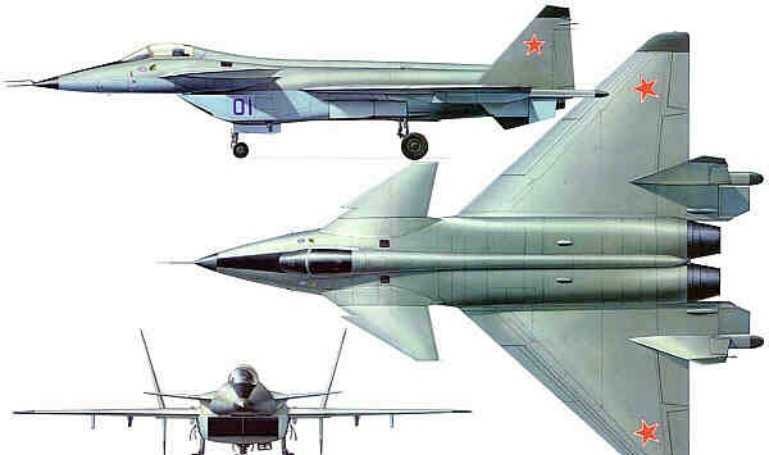 I wonder if a Black Market buyer would have had a Black Flag flying over the shop funded by CIA shareholders ?
Its the sort of commercial deal that Christopher Steele might be interested in broking :)

Why is nobody asking (or if they know pointing out) where they got the stuff?

Probably because we do not know.
We could blame Russia I suppose but that meme is boring now.

I suppose a start would be to ascertain what bodies use the material and in what quantities.

OK know it all. Where did it come from?

Sir, quote : The source of the radioactive element and the identity of its buyer remain unclearhttps://www.haaretz.com/middle-east-news/turkey/police-seize-nuclear-substance-in-turkish-capital-detain-four-1.5914641 EITHER US OR RUSSIA :The source of the material and the identity of its buyer remain unclear.
There was no immediate comment from the Ankara Police or the Turkish
Atomic Energy Authority when contacted by DPA. Californium was first synthesized in the United States during the 1950s, and is currently produced in the U.S. and Russia.

A 1.4 kg of unprotected californium in the car?
That’s around 60 kW of heat, not to mention radioactivity. :)

neutron source. this you can block by polystyrene

Californium is not a neutron source. Cf244, 246, 248,-253 are alpha (He nucleus) emitters and Cf 254 emits beta particles (electrons). The alpha particles are attenuated almost completely by a mm of any solid matter. These particle are not dangerous (unless Cf is inhaled or ingested), but the Cf disintegrations also produce gamma (electromagnetic) radiation which is penetrating and dangerous. Neutron production requires the Cf to be combined with Beryllium, which absorbs the alphas and emits neutrons. You do not want to be in a car with a neutron emitter, polystyrene or no.

“Californium is not a neutron source.”

The people who sell it seem to think it is a neutron source:
“By harnessing the neutrons emitted from the material, it can be used
as a neutron source to aid in a number of practical applications, such
as the start-up of a nuclear reactor.”

No, it is. The main use is starting of nuclear reactior with its huge neutron decay.
Read my answer above.
the amount of gamma irradiation is dependent upon half time. w dont know, which isotope is used. can be from 2.5y up to 1000 y.

Just a Tripartie blind by NATO heads, this stuff is anywhere from 237 up to 252 and the last is not possible because it is highly radioactive and only 8 grams have ever been produced. This looks more to me to be sluiced gold as you can see the contaminants from the ground in it.

Field Marshall Terra Cotta Woolpuller! I see that you are still pretending to be an expert on every subject under the sun. The isotopes of Californium include Californium 256. Did you forget to copy and paste from Wikipedia?

That is manufacture. Not necessarily country of origin of the contraband.

your homeland or russia. nothing more. that british white trash does not know, that there are only 2 countries where is produced.

That is manufacture. Not necessarily country of origin of the contraband, My understanding is that Californium is used to “kick start” reactors. How many reactors are there internationally? So, OK, let’s say the stuff is US manufacture. To whom and it what quantities was the stuff transferred? The same question if the stuff turns out to be Russian (to whom and how much)?

Nobody can tell me Californium is not a “controlled item” (as we used to call such things in the Army) and isn’t under strict accountability. 1.4 kilos (sorry for above mistake) isn’t just disappeared without anybody noticing.

Unless the country of origin (not manufacturer) ‘wrote off” 1.4 kilos.

officially only in russian Dubna and in american Oak ridge is produced. in both 10-20 g yearly. this 1.4 kg is otally BS

From Maryland sir, exported to the Iran by the 2015 nuclear deal BY the Trump administration. But just comes from the Trump administration and gets by the deal with Iran. Who ordered it ? https://www.zerohedge.com/news/2018-03-03/middle-easts-nuclear-technology-clock-starts-ticking see more on the link related to my comment into the article please Sir, SDF M Barry from Syria.

Btw., Steve, californium´s price is 27 million usd/gram. And the color is silver. Oak ridge produces 20 grams yearly. so, that rad shit on picture is sure not californium. no country has 1.4 kg. impossible. you are right in that way, something is fake in this issue.

Apparently there are several different variants with different atomic weights and colors (from silver through yellow to brown and even a green). The sample in the picture looks like muddy yellow. Granting you’re correct about the silver stuff being low quantity and high price I admit not know about “lower grades” their quantities or price. What I do know is that such things are “controlled items” and they do not just “go missing” and end up on the black market. Somebody is missing a marketable quantity of Californium (if the story isn’t a fake). Who?

This is pure speculation, but I’m guessing the “buyer” will “just happen to be” identified as Iran. Absurd, or course, because if the Californium is Russian it could have be transferred without any black market or international fuss, and if it’s American just how did somebody get their hands on 1.14 kilos? I’ts not like you can walk into the local Heavy Elements store and scoop 1.14 kilos of Californium into a bag and pay for it at the counter.

Bloody ruskies are a one-nation axis of evil!

Theresa May and Boris + the Poles say so, so it must be true :)

There are only 2 countries, where is produced. The isotope profile is specific for manufacturer. Therefore the source will be exactly identified.

But will it?
And if it is will it be admitted?

There are places in the world where it is possible to steal it, that was a particular problem in the 1990’s in the former USSR. I read that ISIS robbed the University of Mosul of radioactive material from their lab when they controlled that area, no word on where it went. Also in that part of the world bribery can work wonders, have you heard about the mass looting of Afrin?

Any word on who were their potential buyers?

“1.4 kg of a nuclear substance, californium, in their car” :)
For micro-grams there are transport containers about 1.25 tons of protection. For one gram you need 50 tons protection casket.
What is world annual production of that element? ;)

it is used in medicine, too.

Most common use is probably in smoke detectors (yes, the ones in your house on the ceiling).

In smoke detectors, you are talking about how many kilograms? :)

But you are answering to the guy who wrote that I’ fantasising?
Is it possible to transport 1,4 kg in the car?

Don’t know the answer to that question, but I would not attempt it, myself! The particulate (alpha) radiation is not a threat if the material itself is completely contained, but the heat and gamma radiation could be. A Brinks truck would be a more likely solution. Don’t know quantitatively how much shielding & cooling would be required.

Surely you are confusing Americium with Californium?

You can answer the question, can you? ;)

1) there is no gamma irradiation. most of isotopes alpha. in 2 isotopes beta. so, these will not pass thin, simple covering material. huge neutron decay. it is blocked by 10 cm polystyrene. what you can put in in the box. btw, russians this use in tanksa against neutrons from neutron bomb.
2) it is used in mobile equipments. so, no tons, kilograms.
3) there is no linearity between a amount and mass of protecting material. 500 tones is totally bullshit
4) the world production is 2-3 dozens gram yearly. this is fake news.

Yea, its used in nuclear reactors, but only to start them…

This is used in nuclear bullets. The energy of 1.5gm of californium is equal to 150kg TNT.

Californium has a myriad of uses it can be used in devices to find oil and water tables and to find Gold and Silver ores . Now you get the idea that if this stuff was radioactive it would give off 60 Kwh of heat so you are looking at something without shielding or protection so there is the possibility of being a fake story.

Cf is a very efficient source of neutrons, which makes it a useful element. Currently, it is used in the oil well industry. Californium can be used in devices called neutron moisture gauges that find oil-and water-bearing layers within the wells.Oct 8, 2013

Hmm… was the car driving to or from Incirlik?

“It got its name from the University of California, where it had been originally synthesized.”
————-
I see…. so the stuff was DEVELOPED BY the Americans…..
I trust the Turkish govt called the American ambassador in to explain whether the US is planning a ‘dirty bomb’ radiological event in Turkey or whether they had “lost control” of some of their stuff and allowed it fall into the hands of terrorists?

It does seem to be the way of diplomacy these days.

“Four people have been arrested with 1.4 kg of a nuclear substance, californium, in their car”
—————-
That’s rather a lot – what about protection … or has all their hair fallen out?

“The Turkish Atomic Energy Authority later confirmed that the substance was not radioactive and that it was an organic variant of poly(sodium 4-styrenesulfonate), a type of resin.”

In other words it isn’t Californium.

This is too strange how can such radioactive material just been smuggled and its only american made, and 1.4 kilos worth $72 million on black market. This is bad, someone wants to make a dirty bomb and enter it in Syria, and make hell. I am not surprised from the Zionists too,or the Saudi Sunni sharia chap offs, but just like that this been found, so if this has been found in 1.4 kilos you can be sure that maybe 5-15 kilos are already made a cross to their destination it,s always like that, even with the smuggling of drugs, while 1 truck is been captured and seized 10 others pass trough. So don’t be surprised if dirty bomb explode somewhere. Damn this Zio-Neocons are desperate and desperate people make stupid mistakes.