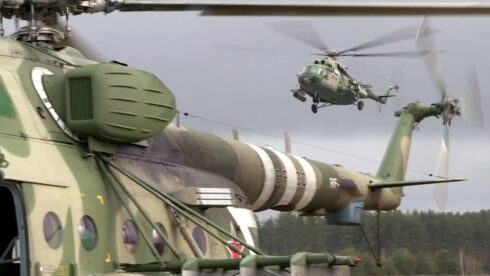 As a result, only dozens of civilians were able to escape from the blockaded cities. Many died under the shelling by Ukrainian nationalist forces.

In the afternoon there were significant tactical successes in the encirclement of the AFU grouping in the Donbas region. On March 7, the main successes of the advancing units of the united Russian and LDPR forces took place in the Severodonetsk-Lisichansk agglomeration in the direction of Slavyansk and Kramatorsk.

From the Kharkiv direction from the northeast to the southwest, Russian troops are moping up the key town of Izyum. In the direction of the Izyum-Slavyansk E40-M03 route, forces of the LPR continued their offensive, and took control of the Staromlinovka railway station in the south of the village of Oskol.

A rocket attack destroyed the local police station in Izyum, where the headquarters of the so-called territorial defense were located.

In the north of the LPR, a militia detachment was ambushed by the AFU: 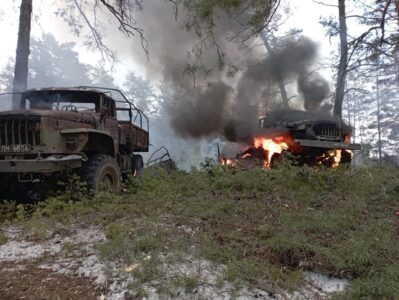 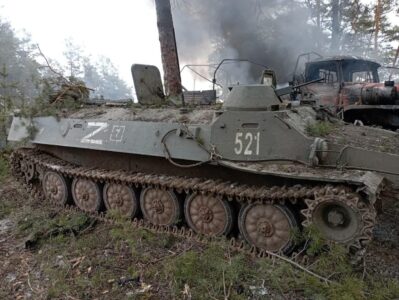 The grouping of the DPR and Russia are narrowing the ring around Mariupol, the village of Mangush on the western outskirts of the city is under the control of the DPR.

Also, DPR forces advanced in the direction of Vladimirovka, took control of the settlements of Latmoye, Berezove, Yasnoye, Maksimovka and Valeryanovka, encircling Ukrainian forces in the Volnovakha district from the north.

Russian troops are not entering the city of Kiev, fighting continues in the Bucha area. At the same time, the suburbs of the capital were actively shelled with Caliber missiles.

Ukrainian MLRS firing from the residential ares in Kiev :

In the Nikolaev area, the situation remains difficult for the Russian forces. Russian troops suffered a number of tactical defeats in the directions of Nikolaev and Krivoy Rog. At the same time, the AFU proved unable develop any significant success, while achieving local victories.

Odessa has been left on its own. Russian forces are attacking military infrastructure facilities and the locations of Ukrainian units, without undertaking any assault operation.

RAF is waiting the right timing or it will adopt a enlarged siege strategy. Hard to antecipate.

Southfront has been down yesterday. Glad to know you back up

Looks like i am able to load it with VPN only , lol

They’re back, but all articles are 2 days old. Something is up, is this the actual site, or a clone? They have my email, but not my ‘name’? Strange.

All articles on VT are also stale, nothing from today.

They have a new hoster and new registrar for the domain, they’re probably still moving the site over to the new box.

The site was down for 48 hours. SBU needs a few more cruise missiles. Efffin duckmunchers.

They want to hurt Russia so bad, they are so hurt 😂

Oh man, they hacked our site, didn’t they?

Yes they did, they are really trying to hurt Russia at all cost

make a clone in the Dark Web (onion) please

Russia military made many huge mistakes on the first 6 days operation. Now the Russia solders paying heavy price and is a lot more difficult to advance. Its only gone be harder.

This operation gone be very costly for Russia, economically and militarily and NATO will notice. Russia will not able defend itself against NATO, because Russia military commands run by fools

what jew talking about joe?

Russia is on schedule, papa boy ! Stay tuned and you will see what a retarded state of mind you have.