No changes in World Cup 2018/2022 and sanctions against Russia and Crimea, China increases influence, MERS Outbreak in South Korea, Greece under pressure and live shield for the National Guard in Ukraine. 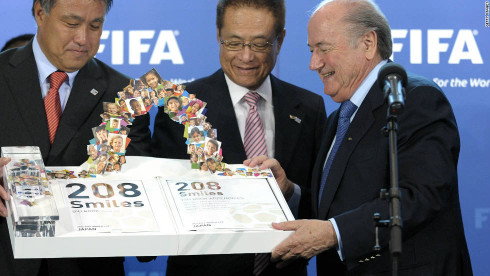 There are no legal grounds for FIFA to take the 2018 World Cup from Russian or the 2022 event from Qatar, soccer’s world-governing body said Monday.

FIFA’s statement followed comments made to a Swiss newspaper by Domenico Scala, chief of its Compliance Committee.

Scala had said that Russia and Qatar could lose the right to host the World Cup events if evidence is presented that bribes bought the votes that won them the competition to host the world’s biggest single-sport event.

But on Monday, FIFA issued a statement calling that claim into question.

“We will not speculate on possible scenarios and therefore have no further comments for the time being,” the statement said.

The leaders of the G7 states are ready to impose additional sanctions on Russia, if the situation in Ukraine worsens, according to a joint statement issued by the member states, following a two-day summit in the south of Germany.

On Monday, the G7 issued a joint communiqué summing up the results of their meeting. In regard to the Ukrainian crisis, the leaders agreed, “that the duration of sanctions should be clearly linked to Russia’s complete implementation of the Minsk agreements and respect for Ukraine’s sovereignty.”

“However, we also stand ready to take further restrictive measures in order to increase cost on Russia should its actions so require,” it added.

BRUSSELS, June 9 (Sputnik) – The European Union will extend sanctions against the Crimean Peninsula for another year in the next few days, Permanent Representative of Luxembourg to the EU Christian Braun said on Tuesday.

“I don’t know exactly when, but the principle has been adopted, it must be, probably at the next Foreign Affairs Council. It’s a prolongation of one year, it will intervene in the coming days,” Braun said.

Several rounds of anti-Russian sanctions were imposed by the European Union and its allies after the peninsula’s decision to rejoin Russia in March 2014, following a referendum in which 96 percent of voters cast their ballots in favor of reunification. 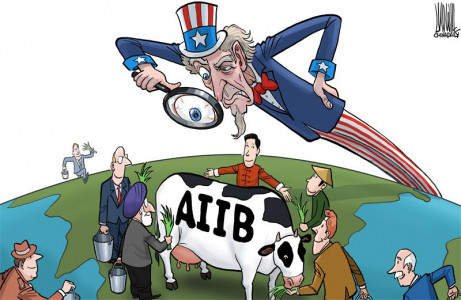 The new Asian Infrastructure Investment Bank, which will be based in the Chinese capital, has 57 prospective members.

The AIIB is being billed as rival to the World Bank and Asian Development Bank which are under the US control.

The Wall Street Journal on Tuesday quoted what it described as people close to the bank as saying its voting structure will give China the “upper hand” as the largest shareholder, effectively granting it veto power.

According to the bank’s articles of incorporation, China is providing nearly $30 billion of the institution’s $100 billion capital base, giving Beijing between 25 to 30 percent of total votes.

The bank has been seen as an ambitious bid by Beijing to expand its international influence and challenge U.S. clout while at the same time bolstering opportunities abroad for Chinese construction and engineering companies.

A low-key lobbying campaign by China exceeded expectations, attracting 56 other countries, among them U.S. allies Australia and South Korea, which faced pressure from Washington not to join.

MOSCOW (Sputnik) – Russia and China have marked an area in the Sea of Japan to hold the second stage of joint naval exercises, the Russian Defense Ministry’s head of the Eastern Military District’s press service said Tuesday.

“Officers from the Russian Eastern Military District, the Pacific Fleet Headquarters and representatives from the Chinese Navy held a reconnaissance mission at the Knevichi Airfield and studied the areas for landing troops at a Pacific Fleet range near Mys Klerk (Cape Klerk),” Alexander Gordeyev told journalists.

The first stage of Russian-Chinese navy exercises were held in the Mediterranean Sea.

The European Union’s frustration with Greece is mounting.

While Prime Minister Alexis Tsipras is looking to nail down when Greece is going to receive more financial aid, the country’s creditors are still focused on the policy measures required to qualify for support.

German Chancellor Angela Merkel demanded urgent action from the Greek government on Monday after U.S. President Barack Obama voiced his concerns about the standoff at a summit of Group of Seven leaders. European Commission President Jean-Claude Juncker said Greece is not doing enough to overcome differences with the euro area.

“I am still waiting for the Greek part of the bridge,” Juncker said in an interview with Bayerischer Rundfunk after a two-day meeting of G-7 leaders at Schloss Elmau in southern Germany. “One can’t endlessly lengthen the EU or Eurogroup part of the bridge.”

Tsipras will travel to Brussels on Wednesday for an European Union summit with South American leaders which Merkel and French President Francois Hollande will also attend.

Seoul, South Korea (CNN). South Korea is grappling with two battles: the virus itself and the public fear over MERS, one official declared.

The nation has been struck by the largest outbreak of the Middle East Respiratory Syndrome (MERS) outside of Saudi Arabia, where the virus was discovered.

And the number of cases grow every day. On Tuesday, South Korea reported that a seventh person has died from MERS and another eight have contracted the virus, bringing the total number of confirmed cases to 95.

More than 2,800 people remain quarantined, either at home or in health facilities. And more than 2,000 schools remain closed.

The virus has struck mainly adults – with the exception of a single 16-year-old male.

And the MERS deaths have been among older adults with pre-existing conditions.

MERS, which surfaced three years ago, is not well-understood. Because the virus is still fairly new, doctors and scientists do not know the exact source or mode of its transmission. But it does not transmit easily between people. 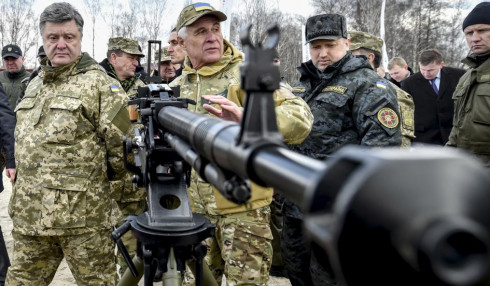 Ukrainian military resettle the residents of the occupied by them areas in Maryinka and Krasnogorovka to Kurakhovo, said Executive Commander of Corps of the DPR Ministry of Defense Eduard Basurin today.

“We keep on registering facts of crimes, committed by UAF and National Guard against the civilian population, concealed from the public, — Basurin said. — Thus, according to the information we possess, residents of localities Maryinka and Krasnogorovka are being forcibly resettled to settlement Kurakhovo in order for them to serve as a live shield for the units of national Guard”.

Earlier the DPR MoD had repeatedly publicized facts of use by Ukrainian forces of the occupied territories’population as a live shield. Particularly, there are facts of stationing of the military and foreign mercenaries in the buildings of educational and health care systems.

EU and the US continue pressing Russia for its independent policy. China does not allow the US to come to Asia and tries to build its own order in the region. Punitive war in Ukraine does not stop. MERS outbreak in South Korea does not seem to be a global problem, but the country faces difficulties. Greece under the pressure tries to find new opportunities to solve its economic and political problems.